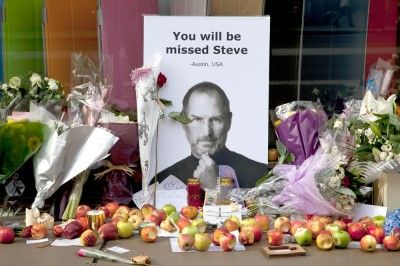 It may not get much attention, but pancreatic cancer is reportedly set to become the second-deadliest cancer in the United States by the year 2030. That means this particular type of cancer, which killed Apple co-founder and tech mogul Steve Jobs in October 2011, will eventually bypass breast, prostate, and colorectal cancer in the number of deaths recorded each year.

These findings come via a recent study by Lynn Matrisian, vice president of research and medical affairs at the California-based Pancreatic Cancer Action Network. Matrisian, whose report on the study was recently published by the journal Cancer Research, says part of the problem with pancreatic cancer is that it can be very difficult to detect.

“The pancreas is located deep within the abdomen,” Matrisian said. “If the patient has any symptoms at all, they’re often quite nonspecific and vague.”

Another problem: the pancreas is packed inside tissue that can actually block effective treatment, making cancer affecting this organ especially deadly.

Overall, Matrisian’s report suggests that, by the year 2030, the deadliest cancers in the U.S. will be (in order) lung cancer, pancreatic cancer, breast cancer, prostate cancer, thyroid cancer, melanoma, and uterine cancers.

It’s not all bad news, however. Matrisian’s report also shows that the U.S. cancer rate is declining each year, with other types of cancer — like those affecting the lungs, colorectal area, and breasts — being countered by effective treatments.