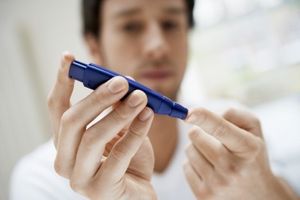 The study, which was carried out by Dr. Pierluigi Costanzo and a team of United Kingdom-based researchers, involved an examination of data associated with more than 10,000 people collected over an eleven-year period. All participants had diabetes and were free of heart disease.

Interestingly, the study showed that overweight people were less likely to die than people who were of normal weight or obese. Remarkably, it was people considered underweight who were most likely to die as a result of diabetes.

The results will force health researchers to carefully consider why overweight people are more likely to survive than normal weight individuals. There are already a few theories; for example, some experts believe that overweight and obese individuals are more likely to be tested for diabetes, thereby helping them identify the problem and create solutions for managing the issue.

It’s worth noting that some critical influence factors–including smoking and alcohol consumption–were not carefully considered. That’s why New York City-based endocrinologist Dr. Spyros Mezitis says more research needs to be carried out.  “I am wary of telling people that if you are overweight you are going to live longer, or that it doesn’t matter if you are overweight,” he said. “We need more studies to really understand what’s going on here.”