Older Fathers More Likely to Have Children with Psychiatric Problems 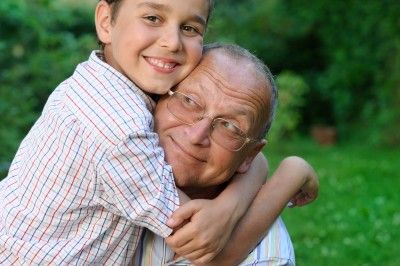 We often talk about a woman’s “biological clock” but rarely has that concept been applied to men. However, a new study has found that the children of older dads tend to suffer from more psychiatric disorders.

The study, which was recently published in the journal JAMA Psychiatry, found that the children of older fathers were more at risk for a number of psychiatric problems.

Some of the findings are quite startling. For example, children whose fathers were aged 45 or over were three times more likely to struggle with an autism spectrum disorder. They were an incredible 13 times more likely to have Attention Deficit Hyperactivity Disorder (ADHD).

Researchers also found that, when compared to children whose fathers were in their early twenties, the children of older fathers were 24 times more likely to suffer from bipolar disorder.

The study was expansive, including 2.6 million Swedish children born between 1973 and 2001. That makes it one of the largest scientific studies of fatherhood in history.

The study’s lead author, Indiana University associate professor Brian D’Onofrio, suggests the results may be related to biological changes to a father’s sperm as they age.

“The working hypothesis is that as men get older and their sperm continue to replicate, that there are more chances of having mutations in the base pairs of the DNA,” D’Onofrio said. “Those genetic mutations are associated with psychiatric problems.”

The researchers also found that the age-related efects were gradual. For example, a 35-year-old man was more likely to have a child with psychiatric problems than a 25-year-old man.

This isn’t the first study to end with such results. A 2012 study carried out in Iceland found that between 20% and 30% of autism and schizophrenia cases could be linked to a biological father’s advanced age.