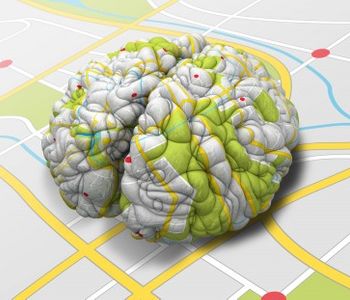 The Nobel Prize for physiology or medicine has been awarded to a trio of scientists responsible for mapping out the human brain’s “GPS system”. Those being honored include Edvard Moser, John O’Keefe, and May-Britt Moser.

The trio received the award because they were able to show how the brain knows our location and how it helps us navigate from one location to another.

This was hardly an overnight affair. O’Keefe, who teaches at University College London, first examined the brain’s internal positioning system more than forty years ago.

In 2005 husband and wife team Edvard and May-Britt Moser, who both work at th Norwegian University of Science and Technology, continued with O’Keefe’s work and discovered that another part of the brain operates like a nautical chart, assisting us in judging distance.

Together, the discoveries by the Mosers and O’Keefe have helped researchers better understand how the brain functions. According to the Nobel committee, their work “constitutes a comprehensive positioning system, an inner GPS, in the brain”.

The hope of the Nobel committee is that this research can be used to help in the fight against debilitating brain disorders, like dementia and Alzheimer’s disease. “A better understanding of neural mechanisms underlying spatial memory is therefore important and the discoveries of place and grid cells have been a major leap forward to advance this endeavour,” the committee said.

All three of the recipients were stunned by the news that they had won the Nobel Prize. Said O’Keefe: “I’m totally delighted and thrilled, I’m still in a state of shock, it’s the highest accolade you can get.”

“This is crazy, this is such a great honour for all of us and all the people who have worked with us and supported us,” the Mosers added.