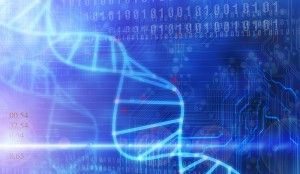 A new study using nanotechnology has shown promising results for the treatment of multiple sclerosis. The nanoparticles work to trick the immune system and help alleviate the symptoms of MS for up to one year for each injection.

Multiple sclerosis is an autoimmune disorder where the a person’s own immune system attacks myelin, the protective coating on the nerve cells. Damaged myelin affects communication between the brain and parts of the body, causing numbness in limbs and can eventually cause paralysis and blindness.

Co-author to the study, Dr. Stephen Miller, commented on the treatment approach. “Our approach rests the immune system so it no longer attacks myelin but leaves the function of the normal immune system intact.”

Dr. Christine Kelley, director of the division of discovery science and technology at the National Institutes of Health added, “Unlike generalized immunosuppression, which is the current therapy used for autoimmune disease, this new process does not shut down the whole immune system. This collaborative effort between expertise in immunology and bioengineering is a terrific example of the tremendous advances that can be made with scientifically convergent approaches to biomedical problems.”

This technology could be useful for many types of autoimmune disorders. The researchers will be testing the treatment with Type 1 diabetic or immunity-linked airway diseases, such as asthma. The study co-author Dr. Lonnie Shea comments on the far reaching effects of the research. “There are just so many possible applications of this, it’s fun to think about.”