Mom of Student With Acorn Allergy Wants Trees Cut Down 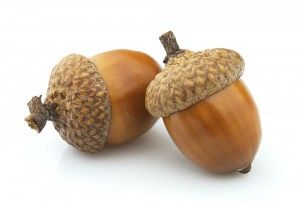 Donna Giustizia is the mother of  a St. Stephen Catholic Elementary School student with a potentially life-threatening anaphylactic allergy. She’s making headlines this week after proposing that the school – located in Vaughan, Ontario – cut down the acorn trees that line the schoolyard because they pose a huge risk to her child.

Giustizia is adamantly standing behind her request to have the trees removed, despite significant backlash from school representatives and other members of the community.

“A false sense of security is putting a sign on the door that says nut-free and there’s nuts all over the place,” Donna says in regards to students not being allowed to bring certain snacks to school because they might pose a danger to students with allergies. “I’m not a crazy mom, I’m not asking for anything that’s not already there.”

Giustizia, however, might have a difficult task on her hands.

After presenting her proposal in front of councillors at the committee meeting last week, several councillors in attendance questioned what type of message they might be sending if they were to go ahead with removing the trees from the schoolyard.

“For as many people that may be allergic to acorns, I’m sure there’s a lot of people that are allergic to bees,” says Vaughan city councillor Sandra Yeung Racco. “What are we going to do about that? Are we going to exterminate all the bees? We can’t,” she says. “I am trying to be sensitive, but at the same time we have a responsibility to make common sense a priority. And I don’t believe this is something that should really be under our jurisdiction.”

Nicholas Christakis, a professor of medical sociology at Harvard Medical School and critic of nut policies in schools agrees. He says, “This is ridiculous on too many levels to even engage.”

“My feelings are that we cannot childproof the whole world, we have to world-proof our children. If it is dangerous for some kids to encounter an acorn, those kids have to be taught not to touch them, because there are trees all over, not just near the school. The best way to keep them safe is to train them to take care of themselves, not to cut down all the trees they may ever walk under anywhere.”

Council has ordered a report on whether to remove the trees —it’s expected by the end of the year.