Mixing Prescription Drugs with Grapefruit Can Cause Unintended “Overdose” 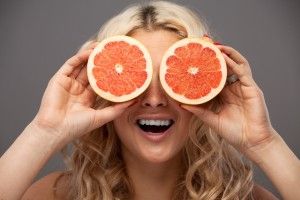 You might eat a half a pink grapefruit or drink a glass of grapefruit juice for breakfast for the added vitamin C or in order to trim your waistline, but I bet you didn’t know that the consequences can be deadly if you’re taking prescription medication?

In fact a new study from the Lawson Health Research Institute of London, Ontario in Canada links mixing grapefruit with a number of drugs to dangerous side effects—and even death.

The study, published in the Canadian Medical Association Journal, studied the negative links between grapefruit juice and some drugs taken by patients over the age of 45. The study pointed out that those over the age of 45 are at the highest risk for two reasons:

1. People in this age group are more likely to be taking medications for a range of illnesses, and

Researchers discovered 44 different oral drugs—from common anti-cancer drugs to antibiotics, those that treat cardiovascular disease and those for treating mental illness—that cause severe health problems when introduced to grapefruit juice, more particularly the compound within which suppress an essential enzyme in the digestive system called furanocoumarins.

“We’re talking sudden death here,” said Dr. David Bailey, lead author of the study. “There are so many new drugs that are coming out to the market that have the capacity to produce these very extraordinarily serious side effects.” He points to other serious consequences such as acute kidney failure, heart arrhythmia, respiratory failure, gastrointestinal bleeding, bone marrow suppression, and renal toxicity.

Dr. Bailey points out that when furanocoumarins is suppressed by grapefruit, an unintended “overdose” can occur when medication levels soar to dangerous amounts. He also notes that citrus fruits such as Seville oranges, limes and pomelos also contain furanocoumarins, and patients should not mix these with medications either.