After enjoying a milkshake—followed by a painful day of nausea, bloating and stomach ache, Miley Cyrus has sworn off of milk for good! And to make sure she sticks with her plan, the singer Tweeted her decision to her 10 million followers.

“Worst tummy ache ever,” tweeted Cyrus, “no more lactose for me!”

Cyrus aligns herself with more than 40 million Americans who are unable digest milk and milk products, and she’s decided, like many, to eliminate milk rather than suffer the painful and oftentimes debilitating consequences, which can last anywhere from one to five hours after digesting the white stuff.

There are varying degrees of lactose intolerance, but generally it occurs when milk sugar (or lactose) can’t be broken down in the small intestine for absorption into the bloodstream.  In the lactose afflicted, a small spoonful of ice cream, will wreak havoc in your gut and cause severe pain within 30-minutes of food consumption because the lactose can’t be processed naturally by the body.

Lactose intolerance is also hereditary – so check in with your family members. If one of them has it, you probably have it too. However there’s nothing like being totally certain about your health. A good idea is to ask your doctor to test you for it.

The signs of lactose intolerance can include:

Hopefully, now that Miley has sworn off milk for good, she’ll experience less stomach aches so she can get back to her music and shine in her follow up appearance on the television sit-com, Two And A Half Men, airing November 8, 2012. 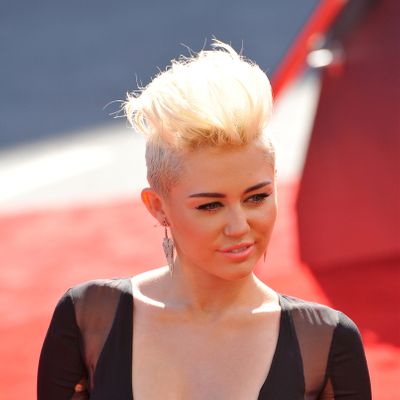