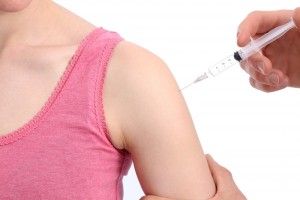 Officials from the Centers for Disease Control and Prevention are scrambling to identify how many of the steroid shots, that has already infected 105 people, are contaminated with these deadly fungus.  Almost 13,000 people have received the shots, but it is believed that only the ones who received the injections in their backs are at the greatest risk.

The states most affected by the outbreak at Tennessee, Indiana, Florida, Maryland, North Carolina, and Ohio.  The meningitis fungus inflames the linings of the spinal cord and brain which results in extreme pain.  Symptoms of this infection can include dizziness, stiff neck, nausea, and high fever.  The onset of symptoms after receiving the steroid shot can vary take between one to four weeks.

The fungal version of meningitis is not contagious and cannot be spread between people.  17,000 vials of potential infected steroid shots were shipped by New England Compounding to 23 states across the US. Inspectors from the CDC have found one sealed vial that was contaminated with the fungus and is currently testing additional sources.  New England Compounding has been under fire since the first case was discovered last month and has now recalled all of the product line.

Patients who have received the shot should meet with their doctors to review their records.  This infection is treated through hospitals that will administer high dose anti fungal medications.  This medication is delivered through an IV in the hospital.