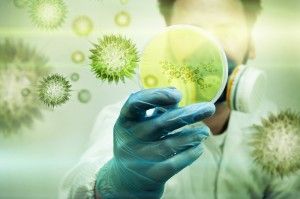 The possible origin of the meningitis outbreak has been found. The specialty pharmacy that produced the vaccines was found to be possibly not sterile.

The Food and Drug Administration is completing an ongoing investigation into the pharmacy. Since January there have been four dozen reports of possible contamination in the laboratory. While the reports were filed, there is no evidence that the staff investigated or attempted to correct the problems.

The FDA inspectors have found that there are potential contaminants in the sterile rooms, such as green and yellow residue and standing water from a leaking boiler. In an autoclave, used to sterilize vials and stoppers, they found a yellow/green discoloration which could mean contamination.

The issues appeared to be coming from a nearby recycling facility. There was dark, hair-like discoloration on the sterile room walls that could be from dust. It appeared that the dust came from the air-conditioning units which are accessed from the roof.

The investigation is still ongoing and this report was based on initial observations. If the laboratory was contaminated then there could be additional recalls as other vaccines they worked on could be affected as well.