Type 1 Diabetes: How to Stay Virus-Free Throughout Flu Season

We already know that a Mediterranean diet — which involves the consumption of fish, nuts, vegetables, and fruits — is good for the heart. Now, research suggests the diet can also help reduce the risk of diabetes.

The report, which will be discussed at the annual meeting of the American College of Cardiology in Washington, D.C., this weekend, is based on studies of 162,000 people based in a number of different countries.

“Adherence to the Mediterranean diet may prevent the development of diabetes irrespective of age, sex, race or culture,” noted Harokopio Univesity professor Demosthenes Panagiotakos. “This diet has a beneficial effect, even in high-risk groups, and speaks to the fact that it is never too late to start eating a healthy diet.”

The report also showed little difference in the results between non-Europeans and Europeans, meaning both benefitted equally from switching to the Mediterranean diet. Previous studies have shown that genetic and environmental differences between these two groups can affect the results of health studies of this kind.

The report could help combat diabetes, which is becoming a major health problem. In fact, the total number of diabetes cases reported worldwide has doubled in the past three decades.

“Diabetes is an ongoing epidemic and its relation to obesity, especially in the Westernized populations, is well known. We have to do something to prevent diabetes and changing our diet may be an effective treatment,” Panagiotakos noted. 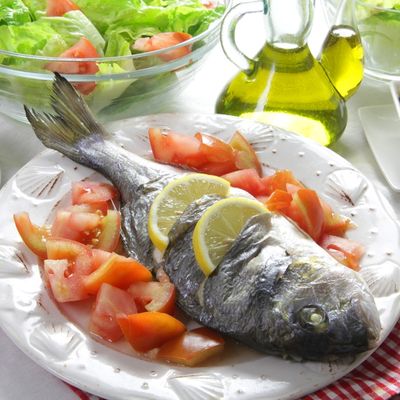