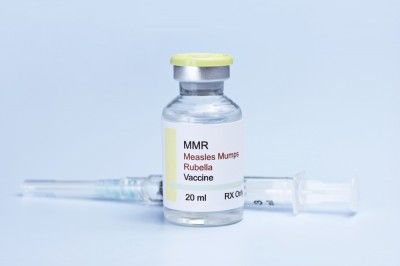 A United States senator says it’s time to make the measles vaccine just as available as the flu vaccine — and that means making it free.

Measles is a highly contagious respiratory disease caused by a virus that can be spread through the air — usually through coughing and sneezing. Early symptoms include fever, runny nose, cough, and sore throat followed by the emergence of a rash that can eventually cover the entire body. It’s estimated that 10 per cent of people who get measles develop a more serious condition, such as pneumonia.

The vaccination debate has seen a spike in measles infections in recent years. The Centers for Disease Control and Prevention (CDC) says more than one hundred Americans have been infected this year, while last year saw a record number of cases: 644 across 27 states.

It’s a disappointing trend for American medical professionals who fought hard to have measles virtually eradicated in the year 2000. However, declining vaccination rates have allowed measles to make a comeback.

“It’s frightening that a harmful and very dangerous virus that was once eliminated in the U.S. is now back and moving fast,” Schumer said on Sunday. “As one of the most contagious diseases out there, we need to do everything possible to prevent the measles from spreading before it becomes endemic.”

“Plain and simple, the CDC should make sure the measles vaccine and much-needed booster shots are made easily available and completely free at schools, health clinics and more, so that kids and adults can get their second booster dose and so others might consider vaccinating for the first time,” Schumer added.