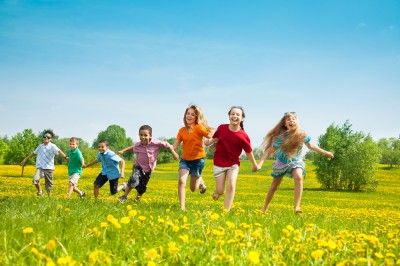 You’d think that warmer weather would draw kids outside to playgrounds, baseball diamonds, and parks. But a new study shows that summer is actually the time of year when kids are least active and most likely to spend their time indoors.
The study, which was carried out by the YMCA and involved a survey of 1,200 American adults, found that roughly two in every three parents said their children spend three or more hours each day playing video games, using the Internet, or watching television during the summer months. Remarkably, that’s 30-percent more screen time than kids get during the school year, which typically lasts from late summer until late spring.
The study also showed that only about half of kids are active—meaning they run, swim, or play sports—for at least an hour each day during the summer months.
According to Dr. Matt Longjohn, a national health officer with the YMCA, it’s the perfect recipe for weight gain, helping explain America’s growing childhood obesity crisis.
“[Summer] is the period of the year in which weight accumulates fastest in our nation’s children,” Longjohn said. “It is absolutely true that there are more and more reasons and opportunities for kids to spend their day in front of technology.”
The study did show that most parents are well aware of the costs of having kids watch TV and play video games all day, but most insisted they simply don’t have the resources—like time—to prevent their kids from getting so much screen time. Simply put, it’s just easier to plug Jane or Johnny in front of the boob tube.