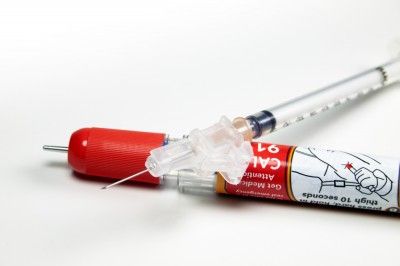 The finding emerged from one of the largest ever studies to examine biphasic anaphylaxis. Published in the Journal of Allergy, Asthma, and Immunology, the study involved just under 500 children treated for anaphylaxis at Children’s Hospital of Eastern Ontario and the Hospital for Sick Children in Toronto.

The goal: to determine which children were most likely to have a second allergic reaction and if there was any way to predict the children that would have this delayed reaction.

Anaphylaxis, an acute allergic reaction, is typically brought on by “trigger” foods, including peanuts and shellfish. Most children (and adults) who have these allergies are encouraged to have “dpi-pens,” which contain epinephrine capable of counteracting an allergic reaction, on them at all times.

The study’s lead author, Dr. Waleed Alqurashi, says it’s crucial that parents take action immediately and keep an eye on children who suffer a serious allergic reaction. “The key message is…treat an allergic reaction with epinephrine and treat it early,” Alqurashi said. “And after that, seek help. That’s the key message for parents.”

Alqurashi says most of the second reactions occurred within a six-hour window starting with the initial reaction. Given the finding, he says it would be wise for parents to keep an affected child in the emergency room and under observation after an initial allergic reaction.

Still, Alqurashi acknowledges that more research needs to be done in this area. “As with anything in medicine, you cannot adopt practice based on one single piece of evidence,” he said. “Especially for prediction rules–they have to be really robustly validated.”