Is Celiac Disease Influenced by Your Season of Birth? 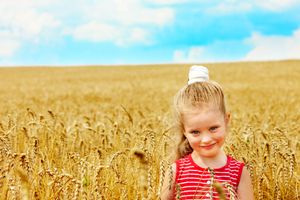 Scientists are now speculating that babies born in the spring and summer months might be more prone to developing Celiac Disease and gluten intolerance compared to those born during the winter and fall.

The idea behind this theory is that babies born during the colder months are exposed to the triggers of Celiac disease much sooner so they can develop tolerance more effectively. After all, the development of gluten allergies and gluten intolerance is prompted by exposure to the gluten itself—for instance, wheat, rye and barley. For babies who are exposed early to gluten and suffer a viral infection, such as a cold or flu, the early exposure to viral infection is actually believed to play a role in the body’s autoimmune tolerance of gluten.

The study, published in the Journal of Pediatrics, was carried out by researchers at the Massachusetts General Hospital for Children who monitored 2,000 people diagnosed with Celiac Disease. Results showed that the majority of gluten-intolerance occurred in patients born in the spring compared to any other season.