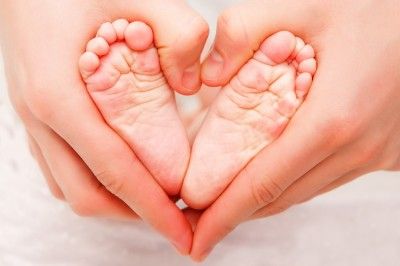 A new study reveals that infants feel pain just like adults. In fact, the study suggests that babies may actually be more sensitive to pain than their adult counterparts.
The study, which was carried out by Oxford University researchers, involved the use of an MRI scanner capable of taking scans of the human brain. Infants were placed inside the scanner and had their feet stimulated by a special retracting rod. According to the researchers, the sensation was similar to having one’s foot poked with a pencil.
Researchers found that 18 of the 20 brain regions activated in adults sensing pain were similarly active in infants.
Interestingly, many of the infants withdrew their leg as a reflex after feeling the sensation. None of the adults participating in the study did so, leading researchers to suggest that the babies may be more sensitive to pain.
“Our study suggests that not only do babies experience pain, but they may be more sensitive to it than adults,” noted Oxford’s Rebeccah Slater. “If we would provide pain relief for an older child undergoing a procedure, then we should look at giving pain relief to an infant.”
Rachel Edwards allowed her infant son to take part in the study after feeling the sensation created by the retracting rod. She says it’s important to understand how pain affects young children.
“People know so little about how babies feel pain, you can tell they are in distress from their reaction and I was curious about why they react in the way they do,” Edwards said.
“I fed him and put him down on this special bean bag that they suck all the air out of to help keep the babies’ heads still. Then they put on earphones that cut out some of the sound but I think the noise actually soothed him. He was out for the count, he didn’t wake up during the scanning and seemed really content afterwards.”
The Oxford researchers hope their work will lead to the development of advanced systems capable of detecting pain in infants.