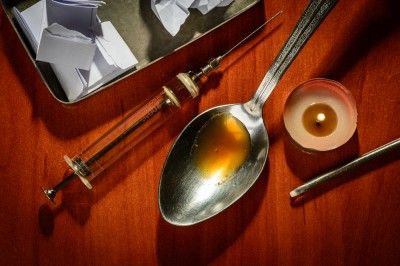 The United States government has been waging a war on drugs for decades, but a new report suggests it may be losing its fight against heroin.

The report, which was completed by the Centers for Disease Control and Prevention (CDC), found that heroin addiction and overdose deaths associated with heroin use have increased over the past ten years.

Specifically, the report shows that, between 2002 and 2013, heroin use doubled among women and increased by 50-percent among men. Usage increased most in households with incomes between $20,000 and $50,000 per year, while the number of whites using heroin doubled.

Tom Frieden, the CDC’s director, says overuse of painkillers plays a major part in the growing number of people using heroin. The report revealed that people who became addicted to prescription painkillers were 40 times more likely to eventually become regular heroin users. “We are priming people to addiction to heroin with overuse of prescription opiates,” Frieden said.

How can we explain the connection? Experts say heroin and prescription painkillers are based on what is essentially the same chemical. That makes heroin a popular alternative when a painkiller addict can’t get their usual fix.

Overall, the situation is very concerning. The report revealed that three in every 1,000 Americans has used heroin in the past year–up from 2 in every 1,000 roughly 10-years ago.

Some of the most disturbing statistics come from Pennsylvania and New Jersey, where heroin overdoses tripled and quadrupled between 2010 and 2013.