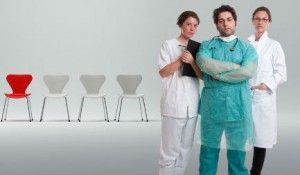 Greece is facing a county-wide healthcare catastrophe spurred by their economic crisis. Currently, the Greek health care system is so struggling to meet patient care with limited resources that standards of patient care and disease control are suffering greatly.

“I have seen places…where the financial situation did not allow even for basic requirements,” says Marc Sprenger, Director of the European Centre for Disease Prevention and Control (ECDC) after a two-day tour of Athens hospitals and health care facilities. “We already knew Greece is in a very bad situation regarding antibiotic resistant infections, and after visiting hospitals there I’m now really convinced we have reached one minute to midnight in this battle.”

Sprenger refers to the fact that Greece has fewer doctors and nurses to look after an overload of patients, as well as the reality that hospitals are running so low on that basic hospital supplies—such as gloves, gowns, alcohol wipes, absorbent cotton, catheters, and paper used to cover examination beds—that basic hygiene standards risk a rise in highly infectious diseases such as tuberculosis (TB) because patients are not getting the care and treatment they require.

Due to Greece’s government debt of approximately 2 billion euros ($1 = 0.7650 euros), many health jobs were cut. Remaining healthcare workers haven’t been properly paid for months, but are seeing almost 100 patients a day, many who are left untreated and waiting in corridors with serious illnesses.

“If a nurse has to see 10 patients instead of five without disposable gloves it’s certain that the transmission of infections will rise rapidly,” says Sprenger.

He notes that the country can expect a health crisis if it runs out of money to buy drugs. Germany’s Merck KGaA announced last month that it would cease delivery of the cancer drug, Erbitux, to Greek hospitals. While Biotest stopped shipment of blood plasma products meant to treat haemophilia and tetanus back in June.

A banner hung up by doctors outside Athens Evangelismos hospital in October reads: “The health system is bleeding” a statement on the reality of Greek healthcare that Sprenger says is “already very bad.”