Having diabetes is a major struggle, with patients often complaining that keeping tabs on their blood glucose levels feels like a part-time job. And in this economic climate, the last thing any of us needs is a job that doesn’t pay. That’s why Google is working on a high-tech contact lens that can monitor bodily fluids and immediately alert wearers when their blood sugar goes above or below a dangerous level.

“We’re testing prototypes that can generate a reading once per second,” noted the project’s co-founders, Brian Otis and Babak Parviz.

Otis and Parviz say they’re exploring the idea of using integrated LED lights to alert a wearer when their blood sugar levels hit a critical point. The researchers admit that “it’s still early days for this technology,” but insist they’re nearing completion of a prototype design that could “someday lead to a new way for people with diabetes to manage their disease.”

The Google researchers add that they’re currently in discussions with the U.S. Food and Drug Administration and are actively looking for partners “who are experts in bringing products like this to market.”

Otis and Parviz say the plan is to allow these future partners to “use our technology for a smart contact lens and develop apps that would make the measurements available to the wearer and their doctor.” 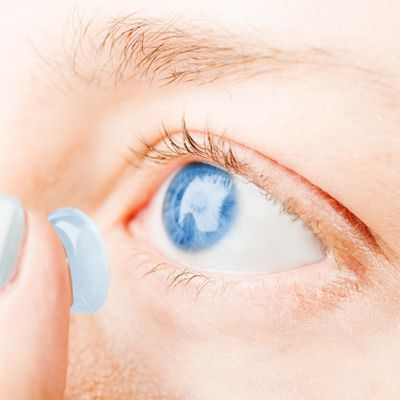