Type 1 Diabetes: How to Stay Virus-Free Throughout Flu Season

A new report says that more and more women are developing diabetes during their pregnancies, thereby increasing the risk that newborns will have serious birth defects.

The report comes from Dr. Denice Feig and a team of Mount Sinai Hospital researchers. Feig and her team examined gestational and pre-gestational diabetes rates over a fourteen-year period, from 1996 to 2010. This involved going over the health records of 1.1 million Ontario women.

For women over the age of 40, the chance of developing gestational diabetes was even higher, at 13-percent.

What’s the cause of this surge in gestational diabetes? Feig says it’s simply a reflection of diabetes rates rising in the general population. “And the reason for that is probably increased obesity, increased fat intake in diets, poor lifestyle and decreased exercise,” Feig said.

Part of the problem may be that many women feel incredible urges to consume sugary, salty, and high-fat snacks during their pregnancies. This kind of a diet only increases the chance that a woman will develop Type 1 or Type 2 diabetes.

“I think it’s a wake-up call to physicians and people who take care of women with diabetes that the rates are getting very high and these women need a lot of support.” 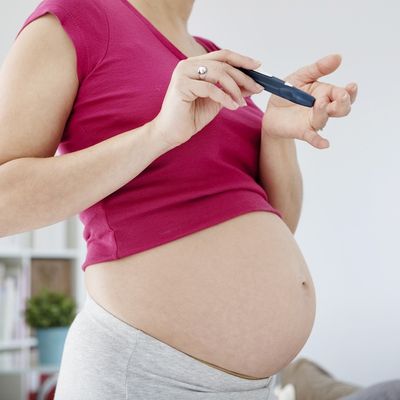