Gene therapy has been used to create a biological pacemaker in a pig. Health experts believe the technique could be repeated in humans to help people with serious heart conditions.

The technique involves altering muscle cells so that they can deliver a normal heartbeat. To make that adjustment, researchers used a gene called TBX18, which can be employed to help regulate the timing of heart beats.

So far tests on pigs have come back with very positive results, with pigs suffering from heart block conditions achieving regular circulation. In fact, it took just two days for the TBX18 gene to have a noticeable impact on the pigs’ heart beats, with normal rhythms being achieved after a few days.

That’s why Eugenio Cingolani, a researcher at Cedars-Sinai Heart Institute, sees so much promise in this new gene therapy.

“Rather than having to undergo implantation with a metallic device that needs to be replaced regularly and can fail or become infected, patients may someday be able to undergo a single gene injection and be cured of the slow heart rhythm forever,” Cingolani said.

Eduardo Marban, the director of Cedars-Sinai Heart Institute, says this could mark the beginning of a bright new day in heart disease research.

“This development heralds a new era of gene therapy where genes are used not only to correct a deficiency disorder but actually to convert one type of cell into another to treat disease,” Marban said. 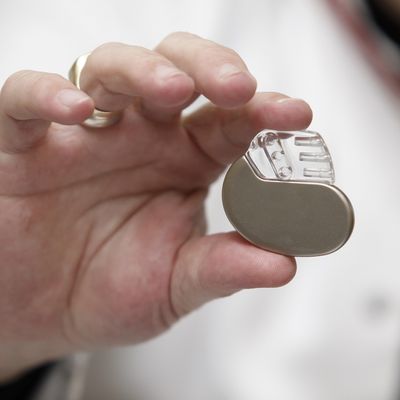