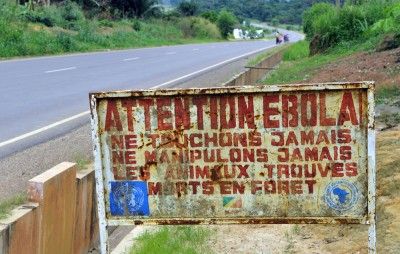 A new report insists that thousands of lives lost to the Ebola virus could have been saved had the crisis received a quicker international response.

Since it first emerged in March 2014, the Ebola virus has taken more than ten thousand lives in the West African nations of Guinea, Liberia, and Sierra Leone.

Now, Medicins Sans Frontieres (MSF)–an international medical humanitarian organization–says many of those lives could have been saved. In a scathing report, MSF points a finger at national governments and the World Health Organization (WHO) for creating obstacles preventing the crisis from being properly addressed and resolved.

The most incisive remarks come from MSF’s general director, Christopher Stokes. “The Ebola outbreak has often been described as a perfect storm: a cross-border epidemic in countries with weak public health systems that had never seen Ebola before,” Stokes says in the report.

“Yet this is too convenient an explanation. For the Ebola outbreak to spiral this far out of control required many institutions to fail. And they did, with tragic and avoidable consequences.”

The report takes a close look at the way the national governments of Sierra Leone and Guinea handled the emerging crisis. According to MSF, these governments largely downplayed the virus’ impact during the crisis’ early days–a position that only made the situation more deadly.

The report also shows that one of the first medical facilities to encounter the virus, Kenema hospital in southeast Sierra Leone, failed to share information, with devastating results. “The Ministry of Health and the partners of Kenema hospital refused to share data or lists of contacts with us, so we were working in the dark while cases kept coming in,” the report says.

The good news is that the introduction of new treatments has seen to a significant decline in the number of Ebola cases in West Africa. However, MSF says the outbreak is not over until there are no cases for 42 straight days.