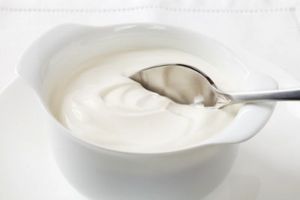 Is yogurt the new super food? Studies have shown that it may help reduce the effects of irritable bowel syndrom (IBS) and can even lower blood pressure. Now, a new report suggests it could help lower the risk of type 2 diabetes, a disease currently affecting about 366 million people around the world.

The report, which was recently published in BMC Medicine, tested several different dairy products to see how they affected diabetes risk. While the study showed that some forms of dairy, such as milk and cheese, had no impact on diabetes risk at all, yogurt products appeared to lower the risk of type 2 diabetes by approximately 18 per cent.

The report was based on data associated with roughly 200,000 people participating in several different health studies. Those participating in the studies were asked to discuss their dietary habits every two years over a 30-year period.

Approximately 15,000 of the study participants developed diabetes during that time. Generally speaking, dairy had little impact on the chances of someone developing diabetes — with one notable exception: people who consumed 28 grams of yogurt each day were 18 per cent less likely to develop type 2 diabetes.

This is not the first study to show that yogurt can help lower the risk of developing type 2 diabetes. However, health experts are searching for answers as to how yogurt keeps diabetes at bay.

“The mechanisms are not well understood at this point,” noted Frank Hu, one of the study’s primary authors and a researcher at the Harvard School of Public Health. “One hypothesis is that the probiotics in yogurt may help to improve insulin sensitivity and reduce inflammation, but this hypothesis needs to be tested in randomized clinical trials.”