Eating Nuts Could Lower Your Risk of Dying, Study Shows 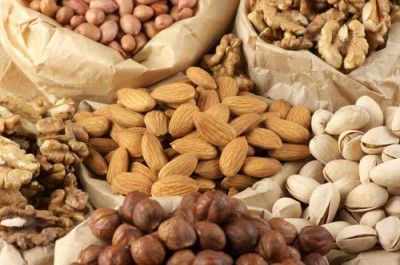 A new study shows that people who eat nuts could be lowering their risk of dying from several major illnesses.

The study, which was carried out by researchers at Maastricht University in the Netherlands, is based on an ongoing examination of older Dutch men and women (people aged 55 to 69). The study, known as the Netherlands Cohort Study, has been underway since 1986.

Researchers found that those people who consumed at least 10 grams of nuts on a daily basis were less likely to die as a result of respiratory disease, neurodegenerative disease, diabetes, cancer, and cardiovascular disease. Those behind the study asked participants about their daily consumption of peanuts, tree nuts, and peanut butter.

Professor Piet van den Brandt, an epidemiologist and the lead researcher in the study, admits he was surprised by the results. “It was remarkable that substantially lower mortality was already observed at consumption levels of 15-grams of nuts or peanuts on average per day (half a handful),” he said.

The Dutch researchers note in their report–which can now be read in the International Journal of Epidemiology–that peanuts and tree nuts contain compounds (such as monosaturated and polyunsaturated fats) known to lower death rates.