Eating Chocolate Could Save Your Life, Study Suggests 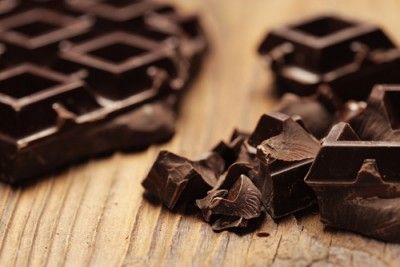 A new study adds yet another element to the seemingly neverending exploration of the question: “is chocolate healthy?”

The study, which was carried out by researchers at the University of Aberdeen in Scotland, involved a review of data associated with roughly 170,000 people. Those involved in the study were asked about their food consumption and other lifestyle choices. Some had their health monitored for a decade or more.

While the Scottish researchers feel it’s better for people to eat dark chocolate, many of the participants involved in the study consumed milk chocolate.

In the end, it’s a great sign for people who love eating chocolate. “There does not appear to be any evidence to say that chocolate should be avoided in those who are concerned about cardiovascular risk,” the researchers noted.

Still, heart health experts–like Shane Landon, a dietician for Heart Foundation–says this shouldn’t be seen as a green light for people to eat chocolate all of the time. “A better way to reduce your risk of heart disease is to eat a healthy, balanced diet, get a daily dose of physical activity, reduce the time you spend sitting, keep your weight in a healthy range and not smoke,” Landon said.