7 Tricky Ways to Get Your Kids to Eat More Vegetables

A new study from the National Institutes of Health has found that drinking artificially sweetened beverages can increase your chances of falling into a depression.

The study monitored the beverage consumption of approximately 264,000 adults between the ages of 50 and 71 from 1995 until 1996, and found that drinks sweetened with aspartame led to an increased risk of depression—even more so than their full sugar soda counterparts.

In fact, the American medical research agency, noted that those who consumed 4 or more sweetened sodas per day were 22 per cent more likely to develop depression than their non-soda-drinking peers, with those who opted for artificially-sweetened beverages even more prone—a 31-percent susceptible risk to depression.

Diet fruit punch drinkers were at highest risk of depression—with a 51 percent greater risk of the blues compared to those who passed on sweetened beverages altogether and opted for unsweetened herbal teas, or water. Even those who reached for black coffee (as much as 4 times per day) drastically reduced their rates of depression by 10-percent compared to the diet pop drinkers. 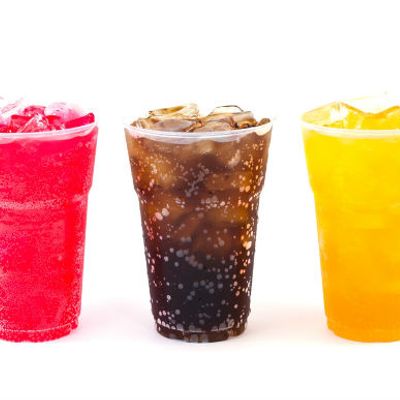