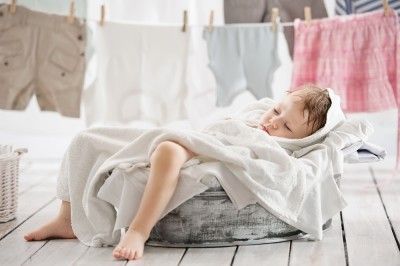 Detergent ‘pods’ might be easy to use but they could pose a significant health threat to our kids. A new report finds that hundreds of American children have been seriously harmed after treating the pods like toys or food.

U.S. researchers recently reported that detergent pods — which to kids often look like candy — have been responsible for 700 children being hospitalized over the past two years. In some cases consuming the pods led to seizures and even coma.

In total, about 17,000 calls have been made to poison centers about children consuming detergent pods, which means that, in most cases, children weren’t seriously harmed. But at least one of the hospitalized children died and that’s leading many health experts to warn parents about the threat posed by the pods.

To raise awareness about this threat, some detergent manufacturers are now placing warning labels on their packaging. Researchers hope it will lead parents to place the pods out of the reach of children and will make it clear to all guardians that the pods are not toys. Last year nine-month-old Marlow Morin was taken to hospital after her grandmother mistook a detergent pod for a teething toy.

“I called poison control and they said to take her to the ER immediately,” said Marlow’s mother, Jessica. In the end, Marlow survived — but only after spending a night at Texas Children’s Hospital. “We were very lucky,” Jessica Marlow said. “We don’t have those pods in our house anymore.”