Demand for Plastic Surgery Rising Thanks to ‘Selfie’ Phenomenon 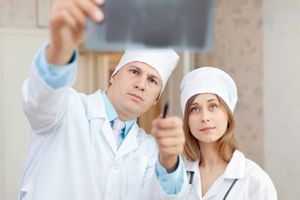 A new study shows that the rising popularity of ‘selfies’ is leading more and more people to undergo pricey plastic surgery.

According to Dr. Sam Rizk, a New York City-based plastic surgeron, the number of plastic surgeries being performed at his clinic has increased roughly 25 per cent over the past two-and-a-half years.

“That is very significant,” Rizk says. “They come in with their iPhones and show me pictures. Selfies are just getting to be so crazy.”

For his part Rizk says he often tells people surgery is not necessary. However, Rizk admits he usually performs the procedure because he know people will simply go to another surgeon if he turns them down.

It’s certainly hard to escape the selfie phenomenon. Kim Kardashian, star of the hit reality show Keeping Up With The Kardashians, was recently chastised by her mother Kris Jenner for taking 1,200 selfies on a single vacation to Thailand.

And it’s not just reality TV stars who can be seen snapping selfies. Politicians like U.S. President Barack Obama have taken selfies, while Ellen DeGeneres’ selfie with Hollywood’s best and brightest at this year’s Academy Awards became the most-tweeted selfie of all time.

Rizk says it’s a troubling trend. “Too many selfies indicate a self obsession and a certain level of insecurity … Now they can see themselves in 100 images a day on Facebook and Instagram.”