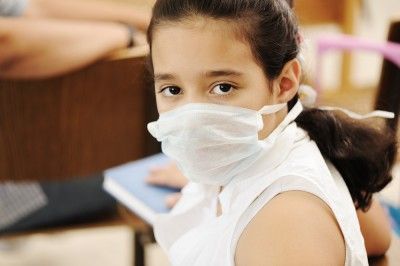 The first case of the often deadly Middle East Respiratory Syndrome (MERS) has been recorded inside Lebanon. The infected man went to hospital feeling ill, but was able to leave after receiving treatment.

This particular case was not considered severe, but it’s still raising red flags among Lebanese health officials. It’s believed the man contracted the virus on a recent visit to Saudi Arabia and several other Middle Eastern countries.

Saudi Arabia has been the nation hardest hit by MERS, with the illness first appearing in September 2012. A recent report from Aljazeera placed the country’s death toll at 126, with an estimated 463 Saudis having become ill with MERS.

The highly contagious MERS has been particularly devastating for healthcare officials in Saudi Arabia, where it’s estimated one in four people infected have been doctors, nurses, or other medical professionals. Saudi Arabia continues to search for a better strategy in containing the disease, with the country’s acting health minister recently sacking the head of a hospital that has seen one of the more devastating MERS outbreaks.

Middle East Respiratory Syndrome belongs to a family of viruses that includes SARS. The latter virus infected more than 8,000 and killed roughly 800 people during a 2003 outbreak that began in Asia andeventually reached North America. MERS, like SARS, can be fatal, with symptoms including fever, difficulty breathing, pneumonia, and kidney problems.

The scariest part: there’s no cure or vaccine for MERS, with health experts still struggling to understand how the virus spreads.