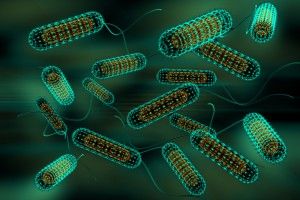 At UN headquarters on Wednesday, Haiti’s Prime Minister Laurent Lamothe declared that a “regrettable” cholera epidemic that had killed thousands was under control.

In his meetings with UN Secretary-General Ban Ki-moon, the allegations made by locals that the outbreak was due to the pollution of a river by the camp toilets of UN peacekeepers from Nepal were apparently not discussed.

Secretary-General Ban gave an independent panel the task of examining the epidemic, and while their May 2011 report did not reach conclusive findings, in June 2011 the US.Centers for Disease Control and Prevention found strong indications that Nepalese peacekeepers working in Haiti under the UN flag were to blame.

An infection that has the initial symptom of severe diarrhea and can eventually result in dehydration and death, cholera can thrive in places with poor sanitation conditions. The treatment is drinking clean fluids. Initially reported in October 2010, this cholera outbreak in Haiti has caused illness in approximately 600,000 people and has been responsible for more than 7,400 deaths.

Last month, Secretary-General Ban told the Security Council that the World Health Organization estimates that there will be up to 112,000 cases in Haiti during 2012, citing a rise in cases after the start of the rainy season in early March.

Prime Minister Lamothe took a different tone on Wednesday, describing the outbreak as “really under control” and emphasizing that Haiti considered the United Nations mission as helpful and that its government was “eternally grateful” for the UN’s work in the country.