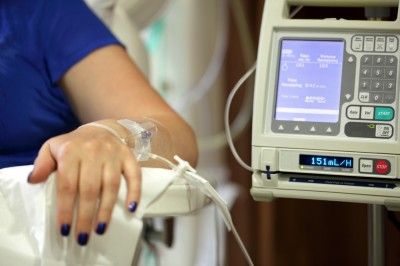 It’s time for drug prices to come down, says a group of more than 100 cancer experts. The same group has put together a list of proposals they believe could help cut the cost of cancer drugs, making them more accessible to more people.

The group, which is made up of men and women on the front lines of cancer treatment, says it’s disturbed by the rising price of cancer drugs. Dr. Ayalew Tefferi, the author of a recent paper on the subject published in the journal Mayo Clinic Proceedings, says some drugs can cost a patient $30,000 a year in out-of-pocket costs–representing more than half the average American household income.

To deal with the problem, Tefferi and the other group members are calling for the creation of a regulatory body that could assist in setting prices on drugs approved by the United States’ Food and Drug Administration (FDA). Tefferi says he’d like to see such a body made up of health professionals, pharmaceutical company representatives, government officials, and patients.

Tefferi adds that cancer specialists must put more thought into cost when recommending treatments to their patients. And the group wants the U.S. government to consider importing cancer drugs from countries where drug costs are lower–such as Canada–or make it easier for patients to access cheaper, generic drugs, which are often made more difficult to acquire because pharmaceutical companies block their release into the marketplace.