Smart Tips for Buying Seafood at the Market

With the recent election, California voters had their chance to decide if they wanted GMO foods to be labeled. Titled Proposition 37, it would have required labels on breakfast cereals, baked goods, and processed foods if they used genetically modified ingredients. The labels would have been required to state, “partially produced with genetic engineering , or “may be partially produced with genetic engineering”. “Genetically engineered” would have been required to be placed in large font on the front of packages. These products would also be banned from calling their products “natural” or “naturally made” on the packaging and in their marketing and advertising.

More than a dozen other states have tried to require GMO labeling, but all have failed. Currently the federal government does not require labels on GMO food products. In studies, genetically engineered foods have been found to be not significantly different in taste, texture, or nutrition. Corn is one of the most common GMO foods on the market. Other common genetically modified foods are cotton and soybean. 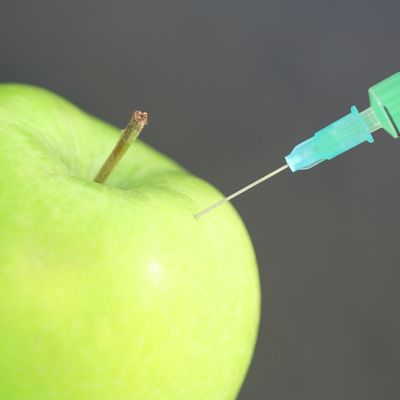