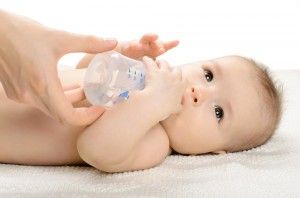 American researchers recently released a study that links higher levels of the chemical bisphenol-A to increased rates of obesity. The chemical, typically abbreviated as “BPA,” is a synthetic form of estrogen primarily found in plastics. It has been in use since 1957, though it has been outlawed for use in sippy cups and baby bottles in the United States. However, BPA continues to be used in other containers and packaging, including aluminum cans, because it has not yet been definitively proven to cause harm to adults.

“This is the first association of an environmental chemical in childhood obesity in a large, nationally representative sample,” said lead investigator Leonardo Trasande (New York University, USA) in a press statement.

“Our findings further demonstrate the need for a broader paradigm in the way we think about the obesity epidemic. Unhealthy diet and lack of physical activity certainly contribute to increased fat mass, but the story clearly doesn’t end there.”