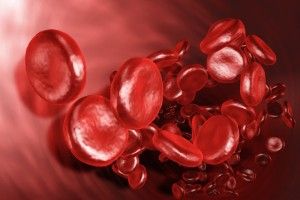 A report by the National Assembly for Wales claims that hundreds of patients are dying in Welsh hospitals due to undetected blood clots. Produced by the health committee, the report claims that a shocking 70% of blood clots acquired in Welsh hospitals could have been prevented had proper measure been implemented. In 2010, there were 900 deaths in Wales due to blood clots developed in hospital, a number that exceeds the total number of deaths due to HIV, breast cancer and MRSA (staph) combined.

Committee members expressed the opinion that doctors were ignoring the National Institute for Health and Clinical Excellence (NICE) guidance, which requires that each patient be assessed for clots, with blood thinning medications to be given when necessary. The report emphasizes that hospitals need to enforce compliance with the guidelines as an urgent priority.

Dr. Simon Noble of Wales for Lifeblood: The Thrombosis Charity welcomed the findings of the report. But he also stated that he believes it understates the problem, citing a 2005 Commons report that estimated 25,000 preventable hospital-acquired thrombosis deaths across the UK annually. If this estimate is accurate, it would suggest that there were approximately 1,700 deaths in Wales hospitals.

A spokesperson said that the government was committed to reducing incidence of Venous Thromboembolism in Wales, while stressing the “individual responsibility healthcare professionals” to make decisions that best serve the health of each patient.