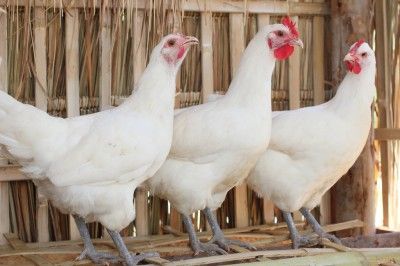 The deaths of millions of chickens and turkeys as a result of the spreading bird flu are forcing poultry prices to steadily climb upwards. According to the Iowa Secretary of Agriculture, this is now the worst outbreak of the bird flu in United States history.

The bird flu, which emerged earlier this year, is spreading rapidly. In Iowa alone the number of birds affected by the issue has jumped from four million on April 20 to 24 million on May 8, 2015

Now, the problem is being felt in the marketplace, where the price of poultry is heading skyward. According to Rick Brown, senior vice president of commodity market analysis firm Urner Barry, eggs used for commercial purposes have gone up 63-percent, to over $1 dozen, in recent weeks. At the grocery store the change is also very visible: just a month ago someone could buy a dozen eggs for $1.19. Today, the price is 17-percent higher: $1.39.

Turkeys are also affected. According to a USDA report, tom breast, which is used primarily in making deli meat, has gone up ten per cent in the past month alone. Less significant but still concerning is the price of frozen hens, which went up three per cent during that period.

Tom Elam, an agricultural economist, says the problem will be felt for some time. “They’re going to have to phase in replacing those flocks so they can get them back into a laying schedule that results in a more even flow of eggs, and that’s going to take six to nine months,” Elam said.

Still, Elam doesn’t see the bird flu outbreak having a dramatic effect on the holiday season, which is still some time away. “Anybody who wants a Thanksgiving turkey is going to be able to get one,” he said. “They may have to pay a little more for it but we’re not going to have national stock-outs for Thanksgiving turkeys, yet.”