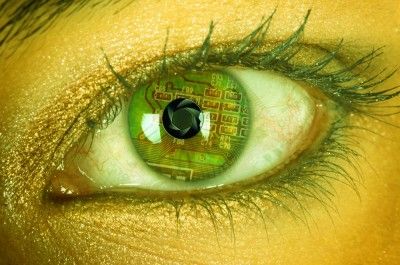 Imagine being able to see three times better than 20/20 vision without having to wear glasses or contact lenses. Soon, that may be possible, thanks to the unveiling of new “bionic” lenses.

The lenses, which were invented by Dr. Garth Webb, a British Columbia, Canada-based optometrist, can be surgically inserted into the eyes, forever eliminating the need for glasses and contacts. Webb adds that people using the bionic lenses would never get cataracts because they would replace the eye’s natural lenses.

There are some restrictions to who could get the procedure, however. Webb says the lenses, appropriately titled “Bionic Lenses”, would only be available to people over age 25–the age when eye structure is fully developed.

Webb insists the procedure would be short–just eight minutes–and a patient’s eyesight would be immediately improved.

Webb acknowledges that there’s still a lot of testing to be done, but if all goes well the Bionic Lenses could be available in Canada and the United States within two to three years.

In any case, the technology could completely change the way we see. It could also have a very negative impact on laser eye surgery, which Webb says would be made obsolete by Bionic Lenses.

Webb, who believes that “Perfect eyesight should be a human right,” has established a foundation called “Celebration of Sight,” which would donate money to perform eye surgery in developing countries.