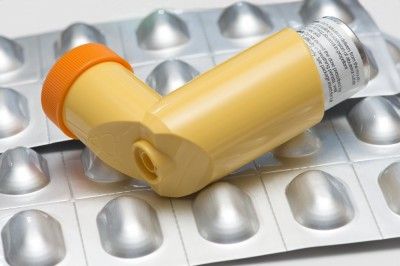 A new study finds that a drug designed to help alleviate the symptoms associated with asthma may increase the risk of heart attack and stroke.

The drug in question is Omalizumab, which is often prescribed to treat asthma and a type of chronic hives. Currently the medication carries a warning label, which outlines the risk for a rare but potentially lethal allergic reaction known as anaphylaxis (marked by swelling, lowered blood pressure, and dilated blood vessels). Anaphylaxis typically occurs when the immune system develops an allergen-fighting antiobody that produces an exaggerated response to some kind of harmless substance, like food.

But now a new threat associated with Omalizumab has emerged. A five-year study of the drug shows that it can lead to heart attack and “mini-strokes” known as transient ischemic attacks (or TIAs). In addition, previous studies showed that those taking Omalizumab had a slightly higher cancer rate than those not being administered the drug.

The good news is that people taking Omalizumab did not have a higher death rate from TIA or heart disease than those not taking it. Furthermore, the Food and Drug Administration (FDA) says there were “weaknesses” in the study, meaning it is “unable to definitively confirm or determine the exact increased level of these risks with [Omalizumab].”

However, the FDA has revealed that it plans to revise Omalizumab’s label to say it may be associated with an increased risk of cancer. It’s not yet clear, though, if an updated label will contain any information associated with the five-year study, like heart attacks or TIAs.