15 Anti-Inflammatory Foods To Help Your Joints 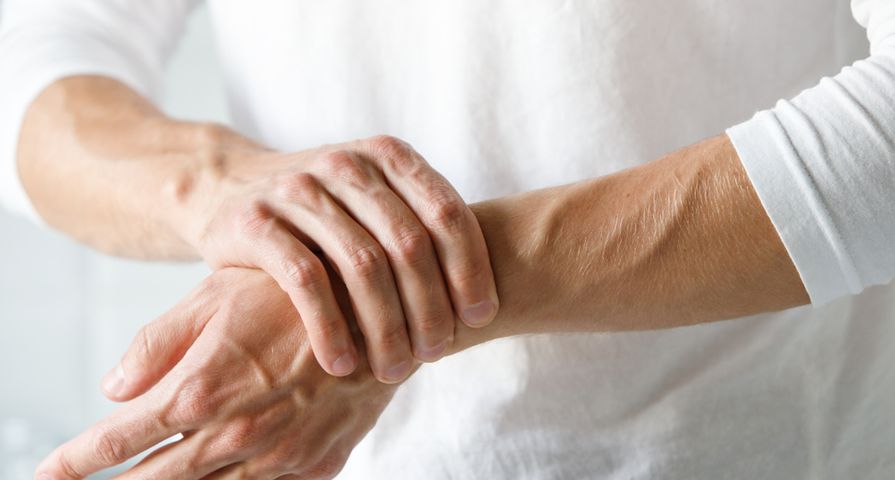 Inflammation in the body can be a good thing and acute inflammation is considered a part of healing. Acute inflammation will send the white blood cells to the injured area of the body in hopes to repair the area — this is why we often see swelling or redness after an injury or scrape. However, chronic inflammation is not considered healthy and there frequently aren’t any visible signs to inform us that it’s happening.

If you suffer from arthritis or constant joint pain it’s important to know the supermarket might not be able to provide you with magic food to make it disappear. However, you can take precautions in eating the right foods and listen to your body’s warning signs to help prevent and sometimes relieve inflammation in your body. Here are the top 15 foods to add to your everyday diet to help discourage inflammation in your joints.

As always, we recommend speaking with your doctor before making any new dietary changes.

Berries are sweet and tart additives that can be added to breakfasts and desserts. They also happen to be great anti-inflammatory food. Berries such as blueberries, raspberries, strawberries, and blackberries are packed full of antioxidant compounds such as anthocyanins.

Antioxidants can play a big role in combating inflammation as well as fighting off cell damage. Considering they’re so flavorful if you suffer from joint pain, eating berries daily could be a good habit to make.

Citrus foods include grapefruits, oranges, lemons, and limes and they are all high in vitamin C. This is a vital component that is needed for the synthesis of collagen which in result helps to build and repair tendons, ligaments, and bones. For this reason, citrus foods make attractive anti-inflammatory foods.

Following this, citrus fruits are also excellent sources of antioxidants which play an important role in fighting off inflammation. Their potent and admirable flavor make it easy to add these to our everyday diets but be mindful that some medications conflict with grapefruits so once again, always consult your doctor first.

We’ve all heard it time and time again, eat more greens! Leafy greens are great contributors to maintaining a healthy diet for many reasons. However, more specifically, leafy greens are plentiful in antioxidants as well as anti-inflammatory flavonoids.

Leafy greens such as arugula, kale, spinach, and others have been proven to consist of generous concentrations of vitamins and nutrients that reduce chronic inflammation. This includes vitamin A, D, E, and K which have all been shown in several studies to fight inflammation. Make sure to consume a balance of raw and cooked greens as some nutrients are easier to absorb in the body once they’ve been cooked while others can diminish during the cooking process.

Many of us despised broccoli when we were young. For some, it was the bland flavor while for others it was its funky texture. As we get older and our palates begin to adapt to accept more varieties of food and by learning the incredible health benefits of some food, eating something like broccoli becomes a lot more appetizing.

Broccoli contains antioxidants which make it have excellent anti-inflammatory capabilities. In addition to antioxidants, broccoli also contains a compound called sulforaphane that has also been shown to help battle chronic inflammation.

Carrots have great anti-inflammatory properties due to their Vitamin A and Beta-carotene content. These contributors have been believed to help fight inflammation. Many other orange-colored vegetables such as squash and sweet potatoes should have the same benefits as well.

Unlike most vegetables, carrots are believed to have a higher nutritional content when they are cooked rather than eaten raw. When trying to fight off joint pain it would be wise to add carrots to your daily diet.

Bok choy is a low-calorie, high in fiber food that can fill you up and help aid weight loss. It also happens to be great anti-inflammatory food too. Bok choy contains a compound called thiocyanate. This antioxidant has been shown to protect our cells from inflammatory substances that are caused by an injury or infection in the body.

Bok choy has also been proven to be a great source of calcium, and some say even better than what dairy products have to offer. The benefits of calcium, magnesium, and phosphorus found in bok choy all contribute to promoting healthy bones. Bok choy can make a great addition to many stir-frys, salads, and many other delicious meals.

Garlic can really enhance the flavor of many meals and this is why so many of us use it. It is known to have antibacterial and antioxidant properties but it also consists of a sulfuric compound, allicin. This compound makes garlic a great anti-inflammatory food.

When we chop or crush fresh garlic, an enzyme called alliinase converts alliin to allicin which is also responsible for fighting inflammation as well as the aroma that fresh garlic gives off. You can add garlic into your diet in so many ways such as in sauces, meat, soups and so much more.

Extra virgin olive oil is known to be the highest quality of olive oil you can buy. It is also recognized for its healthy fatty acids and antioxidant properties which both help to contribute to curbing inflammation. There are many ways to add it into your diet regularly whether that be using it as a salad dressing or adding it to your cooking.

Furthermore, a compound found in extra virgin olive oil called oleocanthal has been shown to have strong natural anti-inflammatory benefits. According to recent studies, oleocanthal can display the same anti-inflammatory result in the body as ibuprofen. Before you ditch your medication don’t forget to always consult your doctor before making a change.

Fatty fish such as salmon, herring, tuna, and trout are high in omega-3 fatty acids. This health term omega-3’s gets thrown around a lot but for good reason, they help promote cell function. In more depth, omega-3s can help curb inflammation, especially in the joints.

You can prepare healthy fatty fish into many delicious recipes but you can also purchase fish oil pills as well but as always, ensure you consult your doctor before making any major dietary or supplement changes.

There are many varieties of nuts that can help aid joint pain and arthritis but walnuts take the lead. They have a high ALA (alpha-linolenic acid) content which is an important omega-3 to help reduce inflammation.

If you have a nut allergy no need to worry you can get a generous dose of alpha-linolenic acids from flax seeds that you’ll learn further down this list. Considering walnuts have a robust texture makes them a great addition to meatless dinners. You can easily add them to stir-frys, as a salad topping or simply enjoy eating them by the handful.

Chia seeds, although small, are a mighty superfood. They originally come from Mexico and in history were often consumed by Aztec warriors for strength. The word chia actually translates to strength according to the Mayan language.

Chia seeds are considered a great anti-inflammatory food because it has an optimal ratio, 3:1 of omega 3s to omega 6s. Omega 3s can reduce inflammation whereas omega 6s could increase it. Having an important balance is vital to keeping inflammation at bay. In addition, chia seeds are also very potent with antioxidants which promotes anti-inflammatory responses even further. You can consume chia seeds daily in several easy ways including adding them to beverages, used in jams, and even dinners.

As we learned earlier, getting a generous dose of healthy omega-3s is very important for a healthy diet but also to encourage inflammation reduction. Flax seeds happen to be very high in omega-3 fatty acids and just 2 tablespoons can contain more than 140% of the daily recommended value.

For the body to properly absorb the benefits of flax seeds it’s important to know it is recommended to consume ground flaxseed instead of whole flaxseed. It has also been shown that flaxseed oil has a higher omega-3 concentration, specifically in ALA (alpha-linolenic acid) than ground flaxseed but both are great for overall health. You can easily add more flaxseed into your diet by adding ground flaxseed to your oatmeal, as a topping in salads and flaxseed oil can be added into homemade dressings.

Cinnamon has a fragrance that for some can spark familiarity and nostalgia mostly thanks to Grandma’s cooking. Cinnamon is commonly used all around the world and actually dates back to Ancient Egypt. It’s a flavorful spice but has stuck around for so long because of its powerful benefits.

It’s important to recognize there are two types of mainstream cinnamon. Ceylon and Cassia cinnamon. Cassia is the cheaper and more popular variety but contains high levels of coumarin which could actually do more harm than good to our bodies. For optimal benefit, you’ll want to purchase Ceylon cinnamon which comes from the Ceylon tree found in parts of India and is known to be the best kind for our body.

Turmeric is well known for its vibrant yellow color and is commonly found in many curry dishes. Thanks to curcumin, the main active ingredient in turmeric, makes it an attractive choice when seeking anti-inflammatory foods.

Curcumin is strongly anti-inflammatory and some studies show that it can even compare to the effectiveness of some anti-inflammatory drugs. It is so effective because curcumin can fight inflammation at a molecular level. However, consuming the spice in your food might not give you enough curcumin and it is recommended to consume turmeric extract that contains significantly higher amounts of curcumin. To increase the body’s absorption of curcumin it is recommended to consume black pepper along with it, as it naturally enhances curcumin’s absorption.

I’m sure we have all heard before that ginger has excellent benefits for our bodies. It is good for us in several ways such as being recommended to help relieve the common cold and nausea but also can be an excellent anti-inflammatory agent.

It has been used as a traditional and alternative medicine for a very long time and for good reason. Ginger specifically could help with osteoarthritis (degeneration of the joints in the body). This is due to the main bioactive compound called gingerol. The medicinal properties come from gingerol making it a powerful anti-inflammatory food. Ginger comes in fresh, dried, powdered, and oil form making it easy to add to the everyday diet.