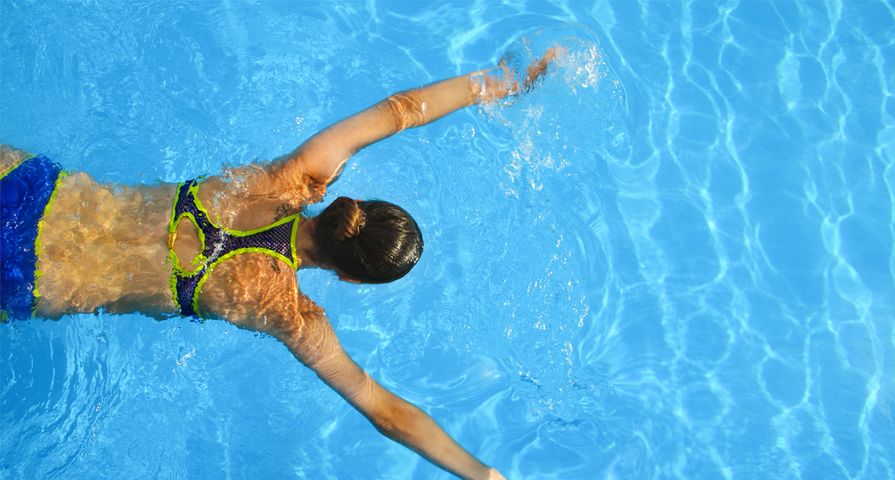 It’s no secret that aerobic exercise can help stave off some of the ravages of aging. But a growing body of research suggests that swimming might provide a unique boost to brain health.

Regular swimming has been shown to improve memory, cognitive function, immune response and mood. Swimming may also help repair damage from stress and forge new neural connections in the brain.

But scientists are still trying to unravel how and why swimming, in particular, produces these brain-enhancing effects.

As a neurobiologist trained in brain physiology, a fitness enthusiast and a mom, I spend hours at the local pool during the summer. It’s not unusual to see children gleefully splashing and swimming while their parents sunbathe at a distance – and I’ve been one of those parents observing from the poolside plenty of times. But if more adults recognized the cognitive and mental health benefits of swimming, they might be more inclined to jump in the pool alongside their kids.

Until the 1960s, scientists believed that the number of neurons and synaptic connections in the human brain were finite and that, once damaged, these brain cells could not be replaced. But that idea was debunked as researchers began to see ample evidence for the birth of neurons, or neurogenesis, in adult brains of humans and other animals.

Now, there is clear evidence that aerobic exercise can contribute to neurogenesis and play a key role in helping to reverse or repair damage to neurons and their connections in both mammals and fish.

Research shows that one of the key ways these changes occur in response to exercise is through increased levels of a protein called brain-derived neurotrophic factor. The neural plasticity, or ability of the brain to change, that this protein stimulates has been shown to boost cognitive function, including learning and memory.

Aerobic exercise also promotes the release of specific chemical messengers called neurotransmitters. One of these is serotonin, which – when present at increased levels – is known to reduce depression and anxiety and improve mood.

In studies in fish, scientists have observed changes in genes responsible for increasing brain-derived neurotrophic factor levels as well as enhanced development of the dendritic spines – protrusions on the dendrites, or elongated portions of nerve cells – after eight weeks of exercise compared with controls. This complements studies in mammals where brain-derived neurotrophic factor is known to increase neuronal spine density. These changes have been shown to contribute to improved memory, mood and enhanced cognition in mammals. The greater spine density helps neurons build new connections and send more signals to other nerve cells. With the repetition of signals, connections can become stronger. 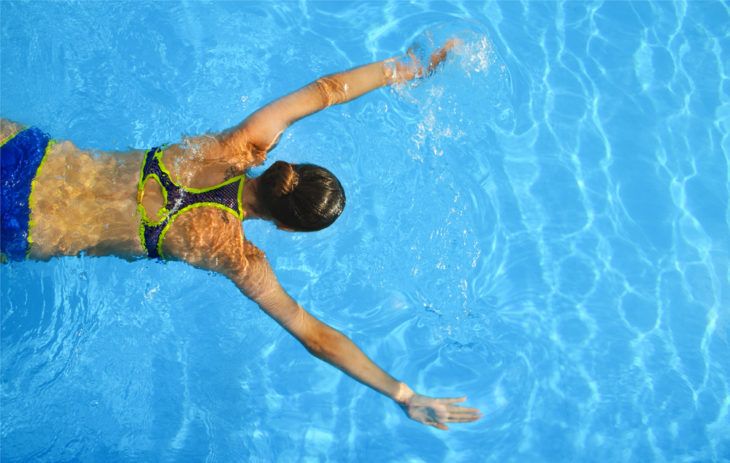 But what’s special about swimming?

Researchers don’t yet know what swimming’s secret sauce might be. But they’re getting closer to understanding it.

Swimming has long been recognized for its cardiovascular benefits. Because swimming involves all of the major muscle groups, the heart has to work hard, which increases blood flow throughout the body. This leads to the creation of new blood vessels, a process called angiogenesis. The greater blood flow can also lead to a large release of endorphins – hormones that act as a natural pain reducer throughout the body. This surge brings about the sense of euphoria that often follows exercise.

Most of the research to understand how swimming affects the brain has been done in rats. Rats are a good lab model because of their genetic and anatomic similarity to humans.

In one study in rats, swimming was shown to stimulate brain pathways that suppress inflammation in the hippocampus and inhibit apoptosis, or cell death. The study also showed that swimming can help support neuron survival and reduce the cognitive impacts of aging. Although researchers do not yet have a way to visualize apoptosis and neuronal survival in people, they do observe similar cognitive outcomes.

One of the more enticing questions is how, specifically, swimming enhances short- and long-term memory. To pinpoint how long the beneficial effects may last, researchers trained rats to swim for 60 minutes daily for five days per week. The team then tested the rats’ memory by having them swim through a radial arm water maze containing six arms, including one with a hidden platform.

Rats got six attempts to swim freely and find the hidden platform. After just seven days of swim training, researchers saw improvements in both short- and long-term memories, based on a reduction in the errors rats made each day. The researchers suggested that this boost in cognitive function could provide a basis for using swimming as a way to repair learning and memory damage caused by neuropsychiatric diseases in humans.

Although the leap from studies in rats to humans is substantial, research in people is producing similar results that suggest a clear cognitive benefit from swimming across all ages. For instance, in one study looking at the impact of swimming on mental acuity in the elderly, researchers concluded that swimmers had improved mental speed and attention compared with nonswimmers. However, this study is limited in its research design, since participants were not randomized and thus those who were swimmers prior to the study may have had an unfair edge.

Another study compared cognition between land-based athletes and swimmers in the young adult age range. While water immersion itself did not make a difference, the researchers found that 20 minutes of moderate-intensity breaststroke swimming improved cognitive function in both groups.

Kids get a boost from swimming too

The brain-enhancing benefits from swimming appear to also boost learning in children.

Another research group recently looked at the link between physical activity and how children learn new vocabulary words. Researchers taught children age 6-12 the names of unfamiliar objects. Then they tested their accuracy at recognizing those words after doing three activities: coloring (resting activity), swimming (aerobic activity) and a CrossFit-like exercise (anaerobic activity) for three minutes.

They found that children’s accuracy was much higher for words learned following swimming compared with coloring and CrossFit, which resulted in the same level of recall. This shows a clear cognitive benefit from swimming versus anaerobic exercise, though the study does not compare swimming with other aerobic exercises. These findings imply that swimming for even short periods of time is highly beneficial to young, developing brains.

The details of the time or laps required, the style of swim and what cognitive adaptations and pathways are activated by swimming are still being worked out. But neuroscientists are getting much closer to putting all the clues together. 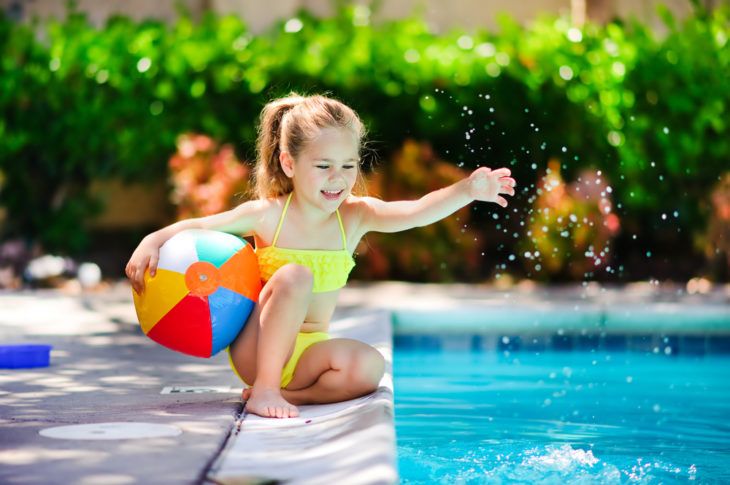 For centuries, people have been in search of a fountain of youth. Swimming just might be the closest we can get.

Assistant Professor of Biology, University of Mary Hardin-Baylor. This article is republished from The Conversation under a Creative Commons license.