Steps to De-Stress Your Runs 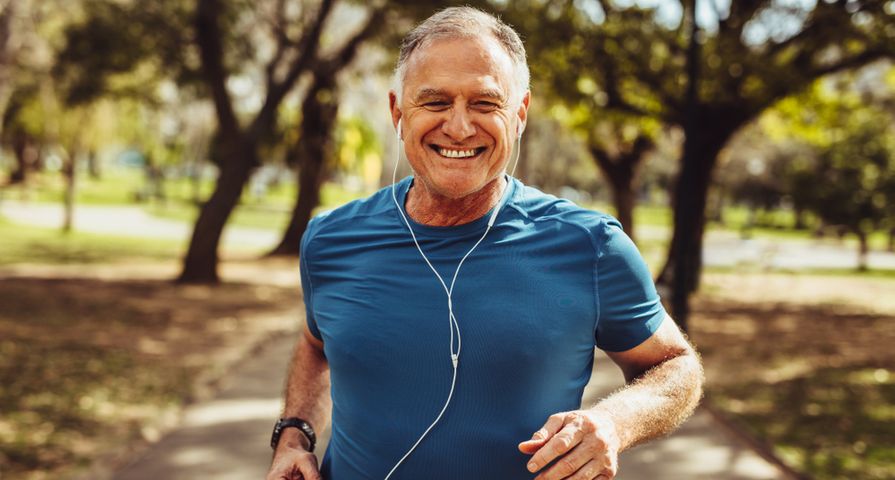 I often use my runs to burn off daily stress. However, if your runs don’t provide a perfect distraction and energy boost during stressful times—they could actually be the source of increased stress. Here are six ways to de-stress your running workouts…

You may wonder how breathing wrong would be a issue during a run, but many folks take shallow breaths when exerted, which can cause cramps (or side stitches) and exhaustion sooner in your workout than you’d like. They key is to relax your belly and take full, deep breaths.

One of the major reasons why we working and continue to do so is due to the great feelings that come with endorphin release. Endorphins, (or endogenous morphine) produced by the central nervous system and pituitary gland, are natural pain and stress fighters. These “feel good” chemicals are touted for decreasing pain while stimulating feelings of euphoria and strengthening immune response.

A study from Psychology Today, which was also published in the journal Neuropsychologia, found that smiling as you work out triggers the release of endorphins (including dopamine and serotonin). Plus, you have to admit, it’s difficult to feel angry, irritated, or stressed with a big smile. This is why many yoga instructors tell you to smile when tackling a difficult or strenuous yoga pose.

After my runs I used to get painful knots in my shoulders and cramps in my hands. Why? Because I was harboring all of my stress directly in those areas and clenching my fists like the Terminator whenever I would run.

It’s common to hold stress in the hands and shoulders during runs, which can result in added tension, knots, and cramps up the arms and into the lower back, shoulder girdle, and neck. Holding tension in these areas can also leave you rife for poor running form and the development of shoulders, neck, and lower back injuries. Next time you run, shake out your fists and hold your hands loose as you run rather than clenching tight. Also, if you hold a lot of tension in your shoulders, shake your arms loose to banish tension (I do this when running down hill).

In our dreams every run is equivalent to setting new marathon records. However, in reality we have good runs and bad runs. The worst thing you can do for your self-confidence and stress levels is to beat yourself up each time a run doesn’t meet or exceed expectations.

It’s good to set realistic goals, but if you’re last run didn’t qualify as gold medal performance, don’t sweat it. During the next run, leave the expectations about time, pace, and distance behind. Concentrate on breathing, soak in your lovely surroundings, and think about all the good you’re doing for your body as you relax and enjoy the physical activity and endorphin rush.

Sure you can beat feet to the nearest sidewalk. However, consider the natural surroundings of your run as visual therapy or meditation. I have to admit, running alongside a busy road does nothing for my stress levels—except increase them.

So take some time to contemplate a running route that you will enjoy. Choose a park, wooded trail, or tranquil lakefront route and soak up the beauty of nature. Running in an environment that stimulates your senses (sight, smell, and sounds) will banish stress and keep you motivated.

I enjoy running with friends, but not every day. Sometimes, I like to pop in my favorite tunes and zone out as I run. Other times, I use my runs as an active form of meditation. I take my runs to a local park and run around the lake as I take in the sights, sounds, and smells of nature. I’m sure you can understand the therapeutic benefits.

Running with others has it’s perks—it’s a healthy way to catch up with friends. However, running with others can be stressful and energy draining if your running companion uses the time to unload about their personal issues or work complaints. Don’t feel selfish for reserving runs for just you. I use this as my tranquil me-time, a form of personal reflection and stress-fighting.