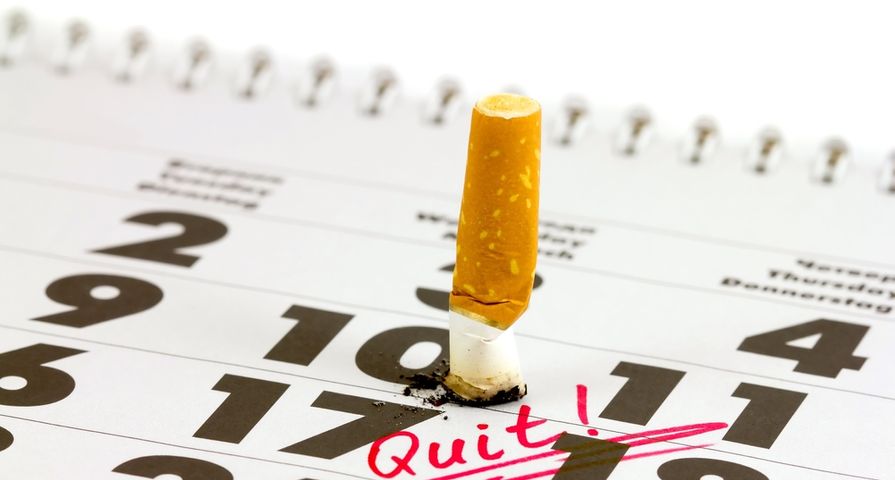 Cancer is a scary and complex disease. Even when it’s caught early and with good odds for surviving and living a long, healthy life, there are a lot of people who develop cancer each year—and, sadly, not everyone survives it. Most cancers develop depending on several factors, but research has identified many contributing causes of cancer. Some are obvious and preventable, while others are the simple yet unfortunate result of genetics. And although many cancers have a high probability of being beat, the lack of proper or available medical care in certain areas, and even whole countries, can greatly impact the survival rate.

Taking into account the complexity of the disease and recognizing that many factors usually contribute to developing it, here’s a wide range of what causes cancer—and some tips to change what you can to prevent the disease…

The damage caused by ultraviolet (UV) rays from the sun have been studied immensely over the years. According to the Skin Cancer Foundation, UV is a proven carcinogen that in excess, can lead to skin cancer as a result of gene mutations from exposure to these harmful rays. There are various types of skin cancer that UV rays can cause or contribute to the risk of, with melanoma being the most serious and often deadly type. There’s a reason many health experts don’t approve of the use of tanning beds, and at least one developed country has completely banned the use of them (hint: it’s Australia).

Although people frequently flock to warm, sunny, vacation destinations to soak up the rays, it doesn’t need to be hot outside to damage your skin and potentially increase your risk of skin cancer. A cooler, cloudy day can still be risky, so you shouldn’t only wear sunscreen when you’re somewhere hot and sunny. You often see parents lathering their children in sunscreen, and while kids have sensitive skin and would be in a lot of pain if they were seriously burned from the sun, adults need protection too.

People can be at a higher risk of developing cancer from their genetic makeup, or DNA. More specifically, certain mutated genes can be passed onto children from generation to generation, something you can’t prevent or control the effect of. The American Cancer Society explains that cancer is believed to be formed from more than one gene mutation, so you aren’t likely to develop cancer just from one mutated gene inherited through DNA. However, people who inherit these faulty genes are then at a disadvantage because they’re automatically starting off with one mutated gene.

Breast cancer is a prime example of this—there are two genes that can be inherited, which can greatly increase the risk of breast cancer within families or lineages. There’s testing that can be done to find out if you have one of these risky genes, and it’s believed that around 5- to 10-percent of breast cancer cases are caused by them. Although many women and some men are diagnosed with breast cancer each year, it’s something that is often caught early enough to treat and overcome.

No list of factors that cause cancer would be complete without smoking. Cigarettes kill a staggering amount of people each year because of various types of cancer, many of which develop in the lung, esophagus, mouth, throat, and stomach. More and more cities are banning the use of cigarettes inside public establishments, on patios, and in vehicles as research has shown that second hand smoke is harmful and even deadly for those who don’t smoke. It seriously increases the risk of developing several types of cancer, as well as harmful diseases in other organs.

With all the advertisements about how dangerous smoking is to your health and its ability to greatly increase your risk of cancer, you might wonder how and why it’s legal. The good news is, the U.S. Centers for Disease Control (CDC) has tracked smoking trends since 1965, and the amount of adult smokers has decreased by over 20-percent in that time frame. If you need help quitting smoking, take advantage of the many helpful online tools available, join a support group, and talk to your doctor about kicking the habit for good.

There are many things that increase the risk of or cause cancer that can’t be prevented. But there are some lifestyle choices that contribute to the risk of developing it, and poor eating habits and little physical activity are two of them. The research relating to diet and cancer is still ongoing, but what we currently know is that a poor diet could increase the risk of cancer. More recent research has shown that the food we eat can not only influence developing the disease, but certain healthy foods may decrease or even help prevent cancer from developing.

How we treat our bodies is a major factor in being healthy—including limiting and reducing the risk of diseases like cancer, obesity, heart disease, diabetes, and others that vary in severity. Exercising and getting regular physical activity play a role in this too. Being active not only reduces the risk of cardiovascular disease, but also lowers the chance of obesity, hormone fluctuations, and immune system function. These factors have all been connected to cancer, so taking care of your body in every way is important.

Asbestos exposure, and mesothelioma as a result of this exposure, might be rare these days, but you’d be surprised by the amount of people suffering from cancer and other complications associated with asbestos. Over the years, the use of asbestos in buildings and materials has dramatically decreased, but it’s still possible to be exposed to these deadly minerals, especially in older buildings. And it’s still used frequently in some countries, so the dangers are still there.

Asbestos comes in the form of tiny fibers that are inhaled and cause damage to the lungs. It can also be ingested through water that gets contaminated from the pipes it runs through. In addition to lung cancer and mesothelioma, asbestos has shown to increase the risk of cancer in the larynx and ovaries. It’s also been linked to other forms of cancer, making asbestos exposure a very real and serious threat to the health of anyone exposed to it. People working in construction are most at risk because of the materials used and potential for mishandling and other ways of exposure.

The impact of alcohol consumption on our health has been widely studied. Many experts believe a drink a day, or specifically a glass of wine a day, could be good for your health. Others believe there are too many potential harmful effects and that alcohol should be completely avoided. Regardless of these two sides, it’s agreed that excessive alcohol consumption can lead to numerous serious medical conditions, including cancer, cardiovascular disease, and mental health problems. Then there’s the effect on your personal and professional life, which can cause serious problems.

Some of the most common cancers linked to drinking too much over a long period of time are liver, colon, throat and breast cancer. In the case of breast cancer, it could increase your risk by around 10-percent. It’s important to note that drinking excessively doesn’t equate to being addicted to alcohol. There are many people who binge drink or regularly have 10 or more drinks per week but aren’t considered alcoholics or have a risky dependence on alcohol. But there is both short and long-term damage associated with drinking, so most experts agree that moderation is key.

It’s a common fact that as you grow older, your chance of developing cancer increases. This isn’t surprising because many types of cancer are more common amongst older age groups. According to the Mayo Clinic, since cancer can take decades to develop it’s most common for people 65 and older to develop cancer. Cells don’t mutate into cancerous cells overnight, so slow changes can happen over a healthy person’s lifetime without them knowing. Sometimes it happens naturally, while in some cases the cell mutates from the person being exposed to carcinogens, like cigarettes or environmental hazards.

No one can prevent cancer completely but there are steps that can be taken to help lower the risk of developing cancer. You can’t stop the aging process, but eating healthy, exercising, limiting exposure to carcinogens, and seeing your doctor for regular physicals are all important for your future—what you do now and how you treat your body as you grow older can have a long-term impact, and being as healthy as possible is the best way to avoid certain preventable diseases, including contributing to your risk of certain cancers.

The immune system is your body’s way to defend and prevent infections and diseases. Weakened immune systems or those that don’t function properly are at risk of allowing harmful cells to hurt the body. An unfortunate cause of cancer stems from immune systems that are already affected by another medical condition or syndrome. This makes it especially difficult on the person with the existing condition, as oftentimes the problems they currently face cause them to struggle even more and cause additional complications once cancer has also been diagnosed.

Since viruses weaken the immune system, there are certain types of viruses that could cause cancer or put the person at a higher risk of developing it in their lifetime. According to the American Cancer Society, some of these viruses include hepatitis B and C, human immunodeficiency virus (HIV), human papilloma viruses (HPVs), and human herpes virus 8 (HHV-8). Several other viruses have been linked to causing cancer but there isn’t enough evidence yet to prove the connection.