The Top 9 Online Health, Fitness, and Food Searches in 2014 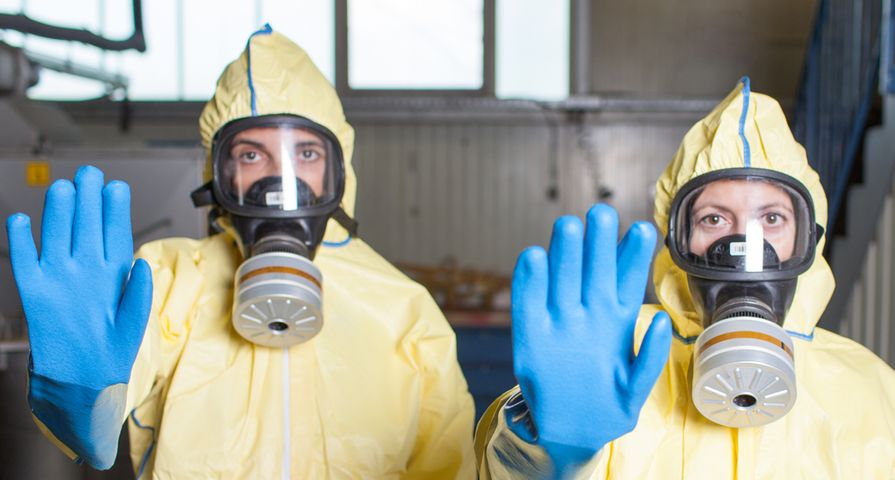 From searching where to download the movie Frozen for your 7-year-old to tracking down the closest replica of Pharrell Williams’ big hat—the top Internet searches of 2014 certainly are worth a giggle. It seems that so many of us seek answers online to our health, fitness, and food queries that Google and Yahoo have made it a habit of releasing an annual list. While there are the obvious searches for ALS and Ebola—this past year’s list also features some surprising topics (i.e., Atkins Diet and goji berries).

Here are the top nine online health-, fitness-, and food-related searches from 2014, according to Google and Yahoo…

Heck, Oprah and Madonna swear by it! Gwyneth Paltrow even has her own GOOP-branded colon cleanse. So it shouldn’t surprise you that colon hydrotherapy (or colon cleanse) lands at the “butt end” of 2014’s top health, fitness, and food topics.

In fact, Yahoo claims that the term “colonics” topped the list of cleanses searched by their users who searched for information on effectiveness, scientific evidence, and side effects of colon cleanses. The search term “liver cleanse” was also the second most searched cleanse in 2014, pointing to the fact that many of us explored the option of cutting out alcohol in favor of giving our overworked livers a well deserved rest.

8. Number of Calories in a Big Mac

Whopper and Mama Burgers aside, in 2014, the majority of North Americans are still lured by the famous Golden Arches for their prime burger of choice…while, it would seem, worrying about how many calories their eating.

Many who prefer the greasy goodness of a Big Mac queried the calorie count of the “two all-beef patties, special sauce, lettuce, cheese, pickles, onions on a sesame seed bun”—which is for the record 550-whopping calories per burger.

If you’re up for putting your body through the 60-day ordeal of a workout with “insanity” in the name, you know it’s bound to be uber challenging. However, that didn’t stop the workout from appearing high on 2014’s search list.

Now we all know that there are both positive and negative sides to everything—including workouts. On one hand, the Insanity Workout requires no gym membership or pricy workout equipment, only your body weight as resistance. However, the program will still set you back about $120 (to get the workouts: Fit Test, Plyometric Cardio Circuit, Cardio Power and Resistance, Cardio Recovery, and Pure Cardio) and many users found the workouts so “intense” that they were quickly deterred if they weren’t  already in stellar shape.

Honestly, I thought we were over the Atkins Diet. Sure, the “low carb” eating regime was all anyone talked about a decade ago, however, we can thank its resurgence on another cultural conundrum known as Kim Kardashian.

It seems the socialite pulled the cobwebs off the Akins diet and credited it with shedding her baby weight after delivering baby North. Thanks to Kim, Akins is celebrated a victory lap in 2014 as the second most searched diet (after Paleo), according to Google.

This past year the caveman took the crown as the most searched diet of 2014, according to the folks at Google and Yahoo. The Paleo Diet (or caveman diet as it’s often called) is a return to eating real, whole, unprocessed foods—such as grass fed and pastured meats and eggs, fresh vegetables,  wild-caught seafood, and fruit, nuts, and seeds in moderation.

Personally, any long-term eating plan that attempts to avoid toxic, pro-inflammatory foods like refined sugars, lab-processed grains, and Franken-foods found only in boxes at the supermarket deserves some attention from the mass public.

While 2013 was all about quinoa and kale, reports from 2014 show that this past year was all about putting more chia seeds, goji berries, and still, kale onto our forks.

Online forecasters from Google and Yahoo speculate that this draw to so-called “super foods” is a direct reflection of attempts to eating out less and cooking more meals at home.

I’d venture to speculate that if you didn’t catch wind of the ALS Ice Bucket Challenge in 2014, in North America, you live off the grid. The folks at Google agree, and say awareness for Amyotrophic Lateral Sclerosis (also called ALS or Lou Gehrig’s Disease), was rampant on a global scale.

The ALS Ice Bucket Challenge quickly went viral for a good cause, as celebrities, sports heroes, musicians, your neighbors, and even your dad dumped a bucket of ice cold water overhead for a cause, resulting in almost $100 million in donations to the ALS cause.

According to the popular online blog Tech Crunch, Google released two lists this year—one for U.S. search trends, and one for worldwide search trends. However, Ebola appears in the number 3 slot in both lists for overall searches online, and second on the overall health-related list.

Although the first news of Ebola struck in March 2014, it took until almost October 2014 for the severity to turn into a full-fledged online frenzy of global proportions. With the major Ebola hotspot in Guinea and neighboring countries, as isolated cases of the disease began to crop up in Spain and the U.S. many unaffected countries, like Japan, were craving news, but had no reported contact with the virus.

According to Google’s official blog, the death of beloved comedian and actor, Robin Williams, sparked the most searched global Internet trend in 2014. Whether it was to read news, pay respects, share memories, or communicate awareness and experiences concerning mental illness, Robin Williams touched so many people around the world.

In addition to Williams taking the number 1 search spot, Google search trends displayed a uptick in “depression” and “mental health” searches in the days following the actor’s death.