The Incredible Health Benefits of Paprika 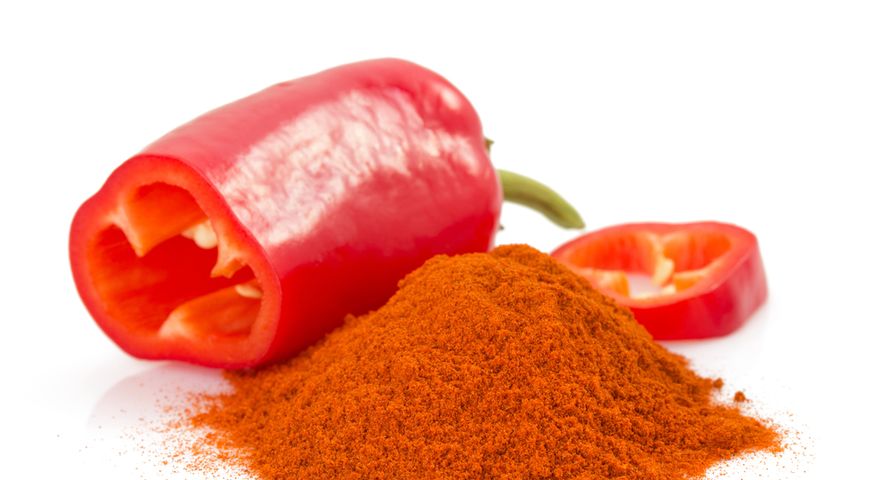 That vibrant dusting of crimson red atop mom’s famous potato salad or deviled eggs is more than just decoration. Long associated with Hungarian and Spanish cuisine for its telltale uniquely smoky and earthy flavor, let’s explore some of the lesser known health powers of paprika spice…

Paprika spice is ground from air-dried chili peppers, or Capsicum annuum. This spice ranges in flavor from mild and slightly sweet to fiery and pungent, adopting the full flavor of peppers it was ground from.

For instance, the most common paprika, classic Hungarian, has a sweet taste with mild heat. Yet some varieties of Spanish paprika have a smoky, earthy flavor because the peppers are typically dried over wood-burning fires.

Paprika is also rich in vitamin A, which helps improve healthy night vision. And you don’t need much. According to recommendations from the Institute of Medicine, a  mere tablespoon of paprika contains more than 100 percent of the daily recommended value of vitamin A for both men and women.

When it comes to heart health, a 2011 study from Penn State University found that cooking with a blend of antioxidant spices (like paprika, cinnamon, and turmeric) reduces the stress that high-fat foods (or triglycerides) put on the heart.

Used both to season and garnish soups, stews, and goulash with its bright red color, paprika also enriches the flavor of sweet and white potatoes, carrots, and squash when mixed with olive oil and roasted. A sprinkle of paprika on a bowl of hummus dip will add a slightly fiery flavor to a healthful snack.

The Carotenoid Benefits of Paprika

Keep in mind that in order to reap the full carotenoid benefits of paprika (i.e., beta-carotene, beta-cryptoxanthin, zeaxanthin, and lutein) the spice should be cooked with a source of healthy fat, like olive oil.

The mild flavor of the spice will also gradually intensify when a pinch is heated in oil and combined with other spices like garlic and cayenne or used as a meat, poultry, or fish rub.