The 8 Ways Diet Can Cause Depression 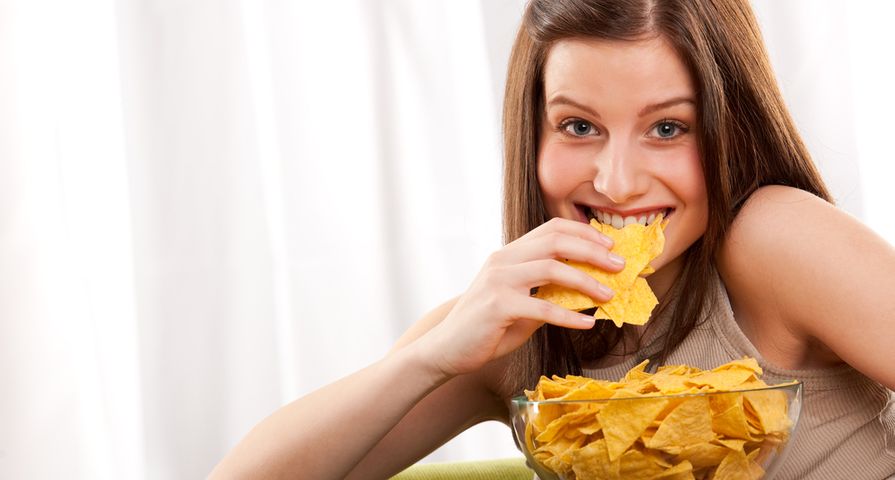 Even though the eating of certain foods won’t cause depression outright, the cycle of eating (or rather, certain patterns of eating) can trigger depression if diets are too high in certain elements (i.e., saturated and trans fatty acids) or deficient in other vital nutrients (i.e., B vitamins and Omega-3 fatty acids).

It’s often difficult to determine if depression is the root of unhealthy eating or vice versa. However, research conducted and published by the Mayo Clinic indicates that depressed individuals tend to get trapped in an unhealthy cycle of bad food choices that exacerbate their depressive symptoms. For instance, the foods that go hand in hand with a stressful, sleep-deprived lifestyle—fast food, processed sweets, caffeine by the boatload—they all cause a temporary high followed by a sugar or carbohydrate crash and the inevitable need for yet another fix.

You might associated protein with muscle building. However, adequate protein, or lack thereof, can impact the onset as well as severity and duration of depression. Scientists from the US National Institutes of Health suggest that diets low in protein and associated essential amino acids (many of which are provided via diet alone) can impact the operation of the central nervous system dysfunction, impact brain function, and cause depressed mood and aggression due to the lack of amino acids (i.e., tyrosine and tryptophan), which play a role in production of “feel good” neurotransmitters like dopamine and serotonin.

We might reach for a pint of ice cream or a bucket of French fries when we feel blue. However, the tendency to depend on saturated fat and trans fat as pick-me-ups is quite counterproductive. According to a multi-year Spanish study, published in the US National Library of Medicine, scientists monitored a group of participants to see if dietary fat intake had an impact of the rate of depression. Findings showed that those participants who consumed the highest amount of trans fats risked a higher rate of depression than those who consumed healthier diets.

While bad (trans and saturated) fats are tied to a higher rate of depression—good or (omega-3 fatty acids) are credited for reducing stress and melancholy, according to research from the University of Maryland Medical Center, where research confirms that incorporating greater amounts of omega-3 fatty acids into individual diets (i.e., from sources like salmon, tuna, herring, rainbow trout, flaxseed, walnuts, and soybeans).

You may have tried a low carb diet only to feel sluggish, ravenous, and blue.  That’s because complex carbohydrates trigger the emission of serotonin, a “feel good” neurotransmitter that calms anxiety, regulates mood, promotes quality sleep, and helps fuel the body and keep blood sugar levels balanced (to prevent insulin spikes and crashes).

6. Too Many Processed Foods

Get your hand out of that potato chip bag! If your diet consists of mainly processed foods, it won’t surprise scientists from London’s University College that you’re suffering from depression. Studies conducted at the university’s Department of Epidemiology and Public Health monitored the diets of a group of adults for 5-years and discovered a link between diets high in processed foods—including sweets, fried foods, processed meats, starchy snacks, and boxed cereals—and higher rates of depression.

7. Diets Low in the B Vitamins

B vitamins, particular B12 and folate, keep both the body and the brain happy and healthy.  While B12 keeps the chemicals in the brain on even keel, folate encourages new cellular growth in the brain and protects neurotransmitters (i.e., dopamine and serotonin), which in turn help ward off depression. Studies indicate that adults with depression tend to have folate deficiencies.

If you didn’t buy into the importance of a balanced diet, the nutritional research from the Mayo clinic and other leading health organizations may just change your mind. Research continues to confirm that diets low in refined sweets, trans and saturated fats, and processed carbohydrates yet high in a mix of fresh fruits and veggies, lean proteins, healthy fats, and complex carbohydrates have the essential vitamins, antioxidants, and essential fats to ward off depression.