Everything You Need to Know About The Paleo Diet 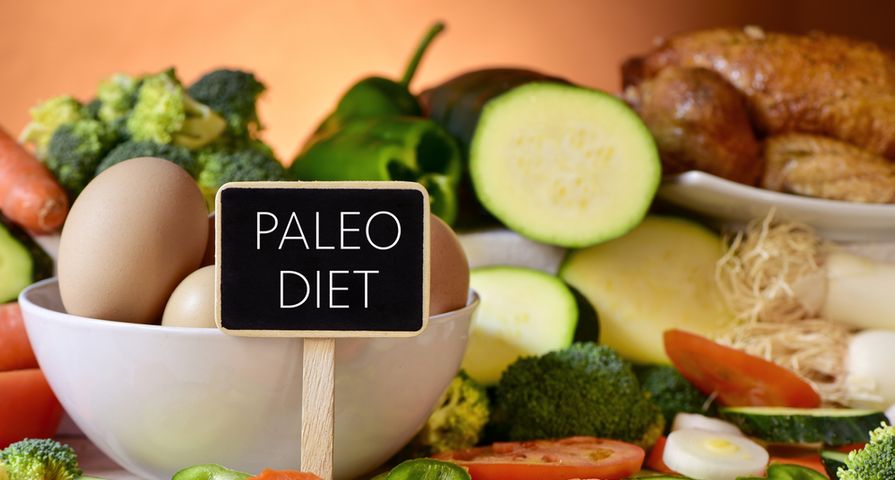 10 Common Diet Traps
The term ‘Paleo’ has to be one of the biggest buzz words and diet trends in the health and wellness industry over the last year. It seems to have worked its way into every facet of life, taking it from a diet trend to an entire way of living life. While you’ve probably heard the word plenty of times (because let’s face it, Paleo is EVERYWHERE right now) you may not be familiar with what the diet is actually all about.

The Paleo Diet has earned a bit of a reputation, or even a stigma, sort of the same way the Atkins Diet did between 2003 and 2004. However, there’s a lot of misinformation floating around out there. It’s for this very reason that I want to set the record straight by explaining the ins and outs of the Paleo Diet…

First of all let’s go through the many names that get thrown around, but all refer to the same diet: Paleo Diet, Paleolithic Diet, Cave Man Diet, Stone-Age Diet…all of these names refer to the Paleolithic (aka Paleo) Diet. It’s a diet based primarily on the foods that were available to humans in the Paleolithic era of history, also known as the Stone-Age.

The roots of this diet methodology can be traced back to Walter Voegtlin, a Gastroenterologist who wrote the book “The Stone Age Diet” in 1975, or to American Scientist Loren Cordain who’s best-selling books have popularized the diet in recent times. Though the core principles of the diet remain fairly consistent, there is a wide variability in the way the diet is interpreted by those who practice it. This varying interpretation has led to the formation of the term “Paleo-ish” referring to a rough adherence to the original diet principles.

The premise of the Paleo Diet goes a little deeper than just eating the things that were available to our hunter-gatherer ancestors because it’s important to maintain a balanced diet that isn’t lacking any essential nutrients. One of the first keys to the diet is higher protein intake, this is likely the most-infamous of the Paleo Diet rules as meat, seafood and other animal protein products should represent between 19 and 35 percent of the food in the modern Paleo Diet.

The next principle is lower-carb intake and low glycemic index, meaning non-starchy vegetables and fruits serve as the main carbohydrate source and should account for 35 to 45 percent of daily calories. High fiber is also a key principal, but since whole-grains are out of the equation, high fiber fruits and vegetables are the primary source of dietary fiber.

The next core principle of the Paleo Diet is moderate to higher fat intake, which is one of the more controversial aspects. This is based on the premise of good fats versus bad fats and the Paleo approach includes high levels of the healthy polyunsaturated and monounsaturated fats. Minerals are important components in our diet, and the Paleo Diet focuses on higher potassium intake with lower sodium intake by cutting our processed foods that are great contributors of excess sodium in Western diets.

The diet also preaches a higher intake of vitamins, minerals, antioxidants and plant-phoyochemicals through plants and animals and argues that the vitamins and minerals in whole grains are not easily absorbed by the body. The last principle relates to acid versus alkaline foods and balancing your dietary acid with a comparable net dietary alkaline load. This means balancing acid producing foods like meat, fish and salt with alkaline-producing fruits and vegetables.

Now that you understand the principles of the Paleo diet, you’ve probably got an idea of what you can and can’t eat but let’s go through it in detail. You can eat meats (preferably grass-fed, antibiotic and hormone free, since your meat intake will likely be higher), fish and seafood, fresh fruits and vegetables (heavier on the vegetables and lighter on the fruits), eggs, nuts and seeds and healthy oils including olive oil, avocado, coconut, walnut, macadamia and flaxseed oils. That sounds pretty good, so let’s move on to what you can’t eat…

The do not eat list includes any cereal grains (including rice, wheat and corn), beans and legumes (including peanuts and peanut butter), dairy, refined sugar, potatoes, processed foods, salt and refined vegetable oils (such as canola or rice bran oil). If you’re now thinking to yourself “this sounds like a pretty strict diet”, you’re right.

Because the Paleo Diet is so strict, many people choose to make a few key exceptions to adapt the diet to their own idea of what’s healthy. The most common adaptations include coffee, alcohol, brown rice, beans, and legumes and ancient grains like quinoa and spelt.

Others take the 6/7 approach, where 6 days a week you eat strictly Paleo and then one day a week is considered a ‘cheat day’ where you can have a few exception foods.

Like the various other fad diets that have come and gone over the years, the Paleo Diet is promoted as a way of improving overall health. While it doesn’t focus on weight-loss as a key benefit, it’s often been reported as a welcomed side effect by followers as a result, and linked to the the lack of consumption of grains and carbohydrates.

The diet’s stance against excess sodium and consumption of processed foods are also something that most health processionals agree is a positive step towards wellness. Even with these benefits, as of 2016 there is still no concrete scientific evidence to back up the claims that the Paleo Diet can improve body composition or metabolic effects when compared with a typical Western Diet.

Some of the more well-known aspects of the Paleo Diet are it’s controversies, which have polarized health and wellness professionals and gained a fair amount of criticism, especially online. The first criticism takes aim at the diet’s very fundamental idea in arguing that the digestive abilities of today’s people are far different to that of our Paleolithic ancestors, which is a true statement, but one that makes no scientific arguments specifically.

There are also criticisms arguing that the Paleo Diet can lead to nutritional deficiencies such as calcium and vitamin D from the lack of dairy. These types of deficiencies can lead to compromised bone health or osteoporosis. The last controversial aspect we’ll discuss here is the ancestral diet. By eating Paleo we’re supposed to be mimicking the diet of our ancient ancestors, but many ague the problem is that we’re really just guessing (and making a lot of assumptions) about what their diet was really like. Critics including author Micheal Pollen believe that the perceived Paleolithic diet (on which the modern take is based) is likely far from accurate to what our ancestors really ate.

I always advocate for a well-rounded approach to diet and nutrition, but if you’ve read everything so far and you’re keen to give the Paleo Diet a try (even if it’s just for a day to see what it’s like) here’s a sample of what you’re daily menu will probably look like as suggested by thepaleodiet.com…

For breakfast, you can make a simple omelet with sautéed vegetables. For lunch, make a big salad full of your favorite vegetables to last throughout the week and each day add in some protein in the form of beef, chicken or seafood. Just hold the processed salad dressing and instead toss with olive oil and lemon juice. For dinner, swap the wheat pasta for spaghetti squash topped with marinara sauce and meatballs (sorry, no Parmesan cheese). If you’re craving dessert, fresh or frozen berries are a sweet treat that should satisfy the sugar craving. If you’re looking for snacks, unsalted nuts and seeds (i.e., pumpkin and sunflower seeds) are your best friend.

A 7 Step Guide to Mastering Your Macros
X 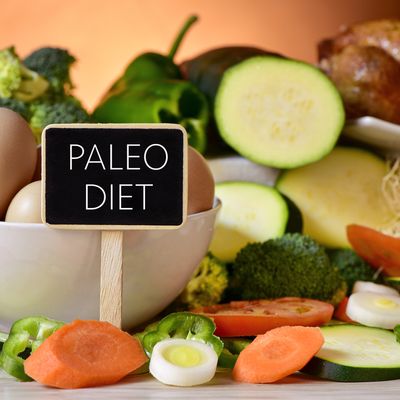