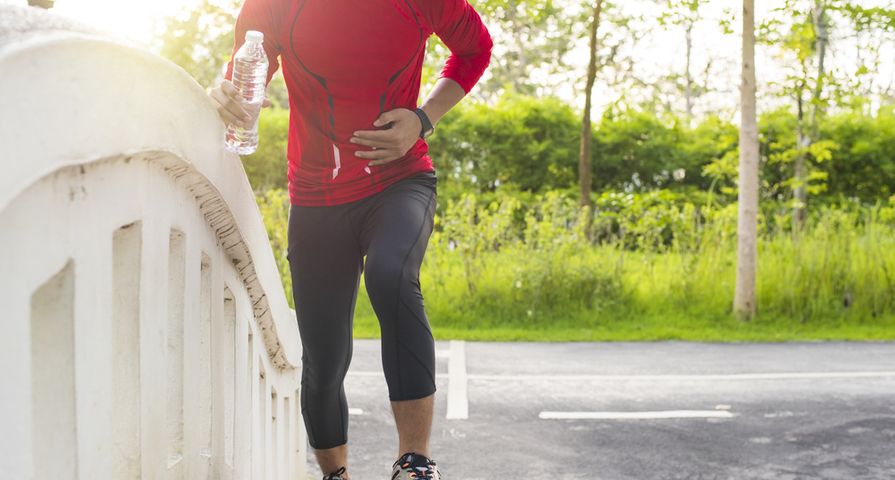 Tips For Starting a Morning Running Routine
I say that it’s time for an honest talk about a slight running embarrassment that we’ve all suffered. If you run regularly, you already know what I’m talking about. You run. I run. Sometimes we all get the runs when we run. There I said it.

Gastric distress is common during runs and races. Oftentimes, the digestive upset, stomach cramps, and urge to go has us clenching and high-tailing it for a public washroom, port-o-john, or a secluded spot in the woods if we’re really desperate. But why do runners suffer these intestinal embarrassments, and more importantly, how can they be avoided…

Let’s start with a simple question—what do you eat before you run? I never really gave this much thought. I’d scarf an apple with some almond butter, lace up my sneakers, and away I’d go. However, the trouble was my recently masticated meal was still breaking down in my stomach and small intestine.

While some carbohydrate- or fat-rich snacks are broken down quickly—my nut butter was lingering in my digestive tract. Blood flow and digestive enzymes circulating and swirling were called to aid the movement of food through my intestines. Nutrients were absorbed, but all of that undigested fiber needed somewhere to go and the gravity of my running steps ensure it was expelled with a rather explosive bowel movement. Oops!

Well now you know, if you’re constipated just go for a quick jog.  The gut is not good at multitasking, which means running conflicts with the digestive process as your body is attempting to digest food. A 2008 study published in the Journal of Sports Science and Medicine, claims that the simple force of gravity can nudge food too fast in the wrong course of direction—putting it on the fast track to elimination station.

In fact, the muscles aren’t so great at multitasking either. Running commands certain large muscle groups that take priority over the digestive tract. So while blood is pumped to the hamstrings, quads, and glutes to power each step—it’s being robbed from your digestive system, which becomes sluggish and less efficient.

In addition to the natural gravitational pull and your pre-run diet, hormones also play a role in the gastric distress that runners often experience. For instance, a 1997 study published in the National Institutes of Health (NIH), monitored the effects of marathon running on the activation of gastrointestinal hormones and increased gastrointestinal distress.

Researchers measured levels of digestive hormones in 26 individuals (i.e., gastrin, vasoactive intestinal polypeptide, neurokinin A, secretin, pancreastatin, insulin, glucagon-like peptide 1, and pancreatic polypeptide) prior to and 30-minutes after the 1992 Belfast Marathon. They found that eight subjects experienced gas and cramping, nausea, and diarrhea during the race due increased levels of GI hormones.

According to a joint study conducted by medical researchers from the University of Chicago and Harvard Medical School, many of the gastrointestinal distress prompted by exercise is due to the enteric nervous system (ENS), which effects gut motility.

The study outlined the huge role of ENS over the entire movement of food, liquid, and waste through the gut (a process known as gastrointestinal motility). The study found increased GI disturbances among long-distance runners after they consumed a meal within 2- to 3-hours of exercising. The intensity of exercise also impacted the ENS, causing increased GI distress among athletes.

We know as runners that dehydration can result in painful cramps (Charlie horses) in our legs. However, that cramping can also affect the digestive tract as well if it impacts electrolyte balance. Combine low fluid and electrolyte levels with intense heat and humidity and the colon can suffer increased levels of stress.

A research study from a group of human biologists from the University of Limburg, Maastricht in the Netherlands, monitored the fluid intake of 114 participants as they trained for a marathon. They found that 80-percent of marathon runners who suffered a 4-percent fluid loss (via rising temperature and sweat) and related decreased blood flow also developed GI issues during races.

Our bodies all differ along with our fuel and hydration needs. This means you may need to observe and experiment with the time it takes for you to digest and eliminate food fully from your stomach and intestines before you run. If you’re lucky, you’re a person who can lace up their shoes while noshing on the last bite of breakfast.

However, for the rest of us, a 3- to 4-hour window between meals and runs, and at least 1- to 2-hours between lighter snacks and runs, might be necessary to avoid GI tribulations. Aim to eat light, sensible pre-run snacks that are low in fiber, low in fat, not too heavy on protein. Also, if you’re sensitive (or bowel-stimulated) to dairy or gluten, avoid those pre-run.

According to researchers at Harvard School of Medicine, if a GI upset days after you run plagues you, your doctor may diagnose you with runner’s colitis. While colitis is characterized by the chronic inflammation of the colon—runner’s colitis is quite different in nature. This exercise-induced condition is temporary in nature unlike the inflammatory bowel disease (IBD).

Long or intense runs typically trigger runner’s colitis. The physical stressors of gravity, hormones, undigested food, heat, dehydration, and more can result in gas, cramping, and explosive diarrhea that can last up to a few days. If you suffer from GI distress days to weeks following runs, contact your doctor immediately.

Ways to Start Running and Never Look Back
X 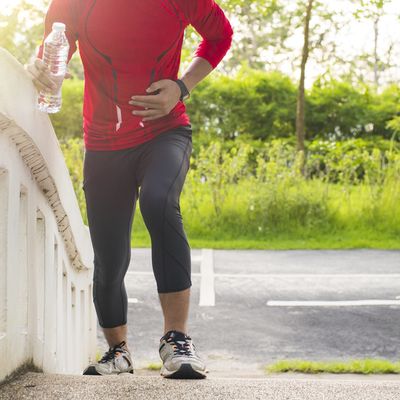