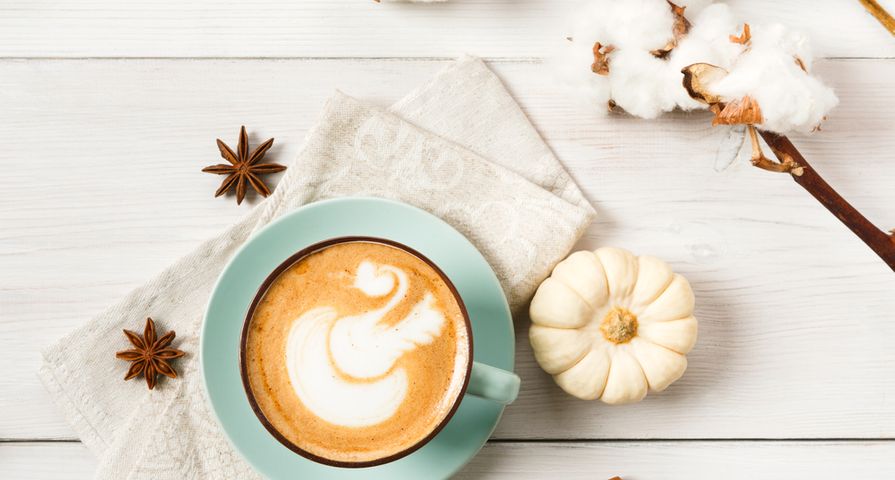 6 Reasons Why 2016 is the International Year of Pulses

We’re well into September and as the temperatures dips, summer whites and pastels make an exit and warm autumn knits sneak their way slowly back into our wardrobes. Comforting fall spices and earthy produce are also making a comeback with pumpkin at the forefront.

However, you can enjoy all things pumpkin without slurping down a daily pumpkin spice latte and gobbling down a dozen pumpkin baked goodies at your local cafe. Here are six reasons why pumpkin is the spice of fall health…

Listen closely guys, according to a 2009 study published by the National Institutes of Health, pumpkin can help boost prostate health. It makes sense, since pumpkin seeds contain phytosterols, protective compounds that have shown effectiveness in shrinking the prostate.

The study, conducted by researchers in Hong Kong, monitored the effects of pumpkin seed oil on a group of 47 patients with benign prostatic hyperplasia for a 12-month duration. The results showed that pumpkin seed oil was effective as a complementary treatment in decreasing prostate volume and maximizing urinary flow in benign prostatic hyperplasia patients.

Nuts and seeds have long been linked to improved heart health. However, one fall seed stands proud among the rest. According to this National Institutes of Health study, pumpkin seeds are a natural treasure trove of phytosterols. These plant-based chemicals inhibit intestinal cholesterol absorption, which means they reduce plasma total and lower low-density lipoprotein (LDL) cholesterol levels.

While a foamy pumpkin spiced latte or a warm baked pumpkin and cream cheese muffin may not equate to weight loss, pumpkin (the veggie) on it’s own offers a high-fiber key to controlling your appetite and your weight.

Looking at the nutritional data on pumpkin, you can see that a cup mashed contains a mere 50-calories and zero fats. However, that one cup of pumpkin contains 3-grams of fiber, and fiber fills you up longer after meals so you’re not skipping out for a slice of pumpkin cheesecake at midnight.

According to registered pharmacist, Debbie Edson, there’s a reason why pumpkin seeds are still used to treat intestinal parasites, such as tapeworms, in certain areas of Africa.

As Edson explained to Living Well Magazine, “Freshly ground pumpkin seeds have long been used as a traditional remedy by Native Americans and folk medicine to immobilize and assist in the expulsion of intestinal parasites in third world nations [and] in developed countries also.”

Researchers at the Mayo Clinic link pumpkin to younger, effervescent-looking skin. And while you can incorporate pumpkin into healthy fall recipes–such as stews, curries, soups, hearty salads, and bread recipes–you can also use the vegetable as a skin treatment to help renew your youthful glow.

Jessica Kernochan, the founder of eco beauty brand LaLicious, touts pumpkin as a rich source of zine, vitamin C, and vitamin A, which all boost skin renewal while shrinking pores, regulating oil production, and guarding against free-radical damage. Apply a DIY pumpkin face mask made with canned pumpkin, honey, and milk to clean skin for 15-minutes then rinse with warm water.

Instead of counting the notches on your belt–perhaps you should be counting the pumpkin seeds in your hand, fellas. Consider this article from the DailyMail.co.uk that counted pumpkin seeds among the top foods for healthy sperm development and testosterone production.