Foods That Can Help Boost Memory 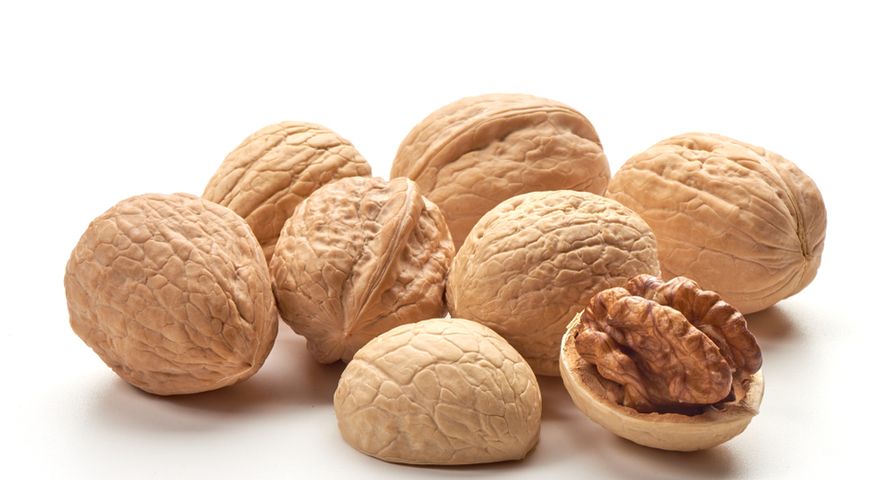 Facts and Symptoms of a Brain Aneurysm
Our diet affects much more than just our physical appearance and wellbeing. It also have a major impact on our mental health — everything from our mood, concentration, to how well we are able to remember things! It seems pretty unbelievable that we can actually improve our cognitive function just by eating healthy, but it’s true! The same goes for eating unhealthy. A diet full of unhealthy fats and empty calories can negatively impact our mood.

So what foods can we eat to reap these brain boosting benefits? Well, there are many, many healthy foods out there, but there are some specific foods that actually work to improve our memory, concentration, while also preventing cognitive decline and diseases like Alzheimer’s. This article includes a list of foods which includes everything from fruits and vegetables, to dark chocolate and spices, that may actually help boost your memory. Take a look…

Avocados have become quite the trendy sensation among foodies, health nuts, and people in general. While they’ve been around for quite some time, it seems like people are only now just discovering the health benefits (and yummy taste) of these little fruits. One thing to remember about avocados is that while they are high in fat, they are a good fat. Dr. Axe explains that they are packed with monosaturated fats which helps maintain blood sugar levels and increase skin complexion. In addition to this, avocados can also help improve cognitive function, particularly memory and concentration. This is due to their high folate and vitamin K content which also protects against blood clots in the brain.

One of the biggest health benefits of fatty fish like salmon, trout, mackerel, herring, sardines, and tuna are its omega-3 fats. These fats help keep the brain, the body’s fattiest organ, fueled with EPA and DHA. A review published in the Journal of Alzheimer’s Disease suggests “that DHA especially may be particularly important for brain health in older people who are not cognitively impaired,” writes Reader’s Digest. “And deficits in these omega-3s have been associated with neurodegenerative disorders, although more research is needed.”

Most people enjoy having a nice warm cup of coffee first thing in the morning. It’s a common way to start the day, and for a lot of people it’s part of their daily routine. Coffee is one of those things that is debated by many people as to whether or not it’s healthy for us, and while it’s not good to load it up with cream and sugar, you might be pleased to learn that coffee (without any added ingredients) is actually good for us!

Healthline points out that it can have a number of positive effects on our brain including increased alertness, improved mood, and sharpened concentration. “Caffeine keeps your brain alert by blocking adenosine, a chemical messenger that makes you sleepy,” and it gives our brain a nice boost of serotonin, the neurotransmitters that make us feel good. In addition to this, the Journal of Psychopharmacology published a study that found those who drank coffee in the morning or throughout the day were able concentrate better and more effective at their tasks.

Lastly, research published in the Practical Neurology journal found that long term coffee drinkers have a reduced risk of neurological diseases like Parkinson’s and Alzheimer’s disease. Healthline states that this could be due to coffee’s concentration of antioxidants.

While they aren’t necessarily everyone’s favorite food — their funny shape and peculiar color may be intimidating to even the most dedicated veggie lovers. Beets are also a little tedious to cook with…that red color gets everywhere! Despite all this, beets are super healthy and one of the most nutritious foods to eat. One of their best benefits is that they can help reduce inflammation and contain antioxidants that protect against cancer by riding the body of harmful toxins. “The natural nitrates in beets actually boost blood flow to the brain, helping with mental performance,” writes Dr. Axe. “Plus, during tough workouts, beets actually help boost energy and performance levels.”

Olive oil isn’t necessarily thought of as a food because we’d never consume it on its own, but it’s used a lot in the cooking process. It’s a huge part of the Mediterranean Diet which has been applauded for its amazing health benefits, so they must be onto something! According to Dr. Axe, extra virgin olive oil has powerful antioxidants called polyphenols. These polyphenols can be found in the oil and can be used to help “improve memory and learning, but also reverse the age – and disease-related changes.” Additional benefits are that extra virgin olive oil “helps fight against ADDLs, proteins that are toxic to the brain and induce Alzheimer’s.”

Blueberries, also known as “brainberries” have long been touted as an amazing superfood. What’s great about them is that we don’t need much convincing to eat them because they’re also delicious and easy to snack on. There has been extensive research on the benefits of blueberries when it comes to the brain. WebMD writes that animal research shoes “blueberries may help protect the brain from the damage caused by free radicals and may reduce the effects of age-related conditions such as Alzheimer’s disease or dementia.”

There have also been studies on aging rats that have shown diets rich in blueberries can assist in their learning ability and muscle function. The source notes that the results put them more on par with some younger rats. The hope with all this is that they can have a similar effect on humans.

Turmeric has grown in popularity recently as more and more people learn about all of its amazing health benefits. This bright yellow, flavorful spice is used to make curry powder and commonly used in Asian food. Among it’s long list of benefits, Healthline explains that as an anti-inflammatory compound and antioxidant, turmeric is able to benefit the brain by boosting memory, easing depression, and help grow new brain cells.

The spice contains the active ingredient, curcumin which “has been shown to cross the blood-brain barrier, meaning it can directly enter the brain and benefit the cells there,” writes the source. Healthline also refers to a study in the Journal of Alzheimer’s Disease which found that curcumin may be able to help the memory in patients with Alzheimer’s disease by helping “clear the amyloid plaques that are a hallmark of the disease.”

If you’re like me, you probably don’t need much convincing to eat more chocolate. But before we get too far into this, we must emphasize that we are talking about dark chocolate, not the highly processed, milky colored chocolate that is found in candy bars. Dr. Axe writes that dark chocolate is full of flavonols, “which have antioxidant and anti-inflammatory properties.” These flavonoids will help lower blood pressure and improve blood flow to the brain and heart.

Reader’s Digest expands on this by citing several studies which found that this sweet treat not only boosts the brain’s function when it comes to cognition and memory, but it also reduces risk of dementia. One particular study drew findings around epicatechin, “a flavanol found in cocoa, tea, berries, and other fruits, yields cognitive benefits — especially in tasks involving memory, executive function, and processing speed in older adults.”

As a kid broccoli isn’t all that appealing, but there’s a reason our parents made us eat it before leaving the dinner table. It’s capable of boosting our brain function, particularly when it comes to memory. This is all thanks to its antioxidant compounds and vitamin K. According to Healthline, 1-cup of broccoli serves up more than 100-percent of the recommended daily intake of vitamin K. Why is this good? Well, the source also notes that several studies have linked vitamin K to better memory in older adults. Not only that, but Healthline also writes that vitamin K “is essential for forming sphingolipids, a type of fat that’s densely packed into brain cells.”

Broccoli also protects our brain against damage due to compounds that have anti-inflammatory and antioxidant effects.

Breakfast is the most important meal of the day. With that being said, there’s a reason we tend to eat eggs as our first meal of the day, they are good for the brain! Reader’s Digest cites research published in The American Journal of Clinical Nutrition which found that the choline in eggs helps boost brain power, like our memory and concentration. These Finnish researchers examined the diet of 2,500 men over a period of 22-years (none of them showed any signs of dementia), and found that the ones who ate eggs on a regular basis were not only able to perform better on cognitive tests, but they were also less likely to develop Alzheimer’s disease.

Despite concerns around the cholesterol in eggs, Reader’s Digest assures that it’s safe to consume one egg a day.

We’re often warned about eating too many nuts because they tend to be high in fat content, but don’t let this scare you! It’s no coincidence that walnuts kinda look like a brain…probably never even thought about that until just now! While they can be unhealthy when eaten in excess, all it takes is just a small handful of walnuts to help improve cognitive health. “Their high levels of antioxidants, vitamins and minerals also improve mental awareness,” explains Dr. Axe. Walnuts contain lots of vitamin E which has been shown to ward of Alzheimer’s disease.

Don’t ever throw those pumpkin seeds away after carving a pumpkin! They are packed with brain boosting benefits like ALA omega-3s. “They also contain magnesium, which is believed to play a role in mood and brain function, as well as zinc, important for healthy brain function,” writes Reader’s Digest.

The source points out that pumpkin seeds can provide nearly 15-percent of the recommended daily amount of zinc.

Celery is a totally underrated vegetable that doesn’t get the credit it deserves! While it might not be everyone’s favorite, especially if carrots are around, it’s super healthy and really calorie-friendly with only 16 calories per cup! “It’s high levels of antioxidants and polysaccharides act as natural anti-inflammatories and can help alleviate symptoms related to inflammation, like joint pain and irritable bowel syndrome,” says Dr. Axe.

This super snackable veggie may be light in calories, but it’s super dense in nutrients. It contains tons of vitamins, minerals, and nutrients. Dr. Axe advises snacking on celery if you’re looking to lose weight, but don’t avoid the seeds and leaves because they can offer up some extra benefits and are easily added to stir fries and soups.

Oranges are usually boasted about for their vitamin C content (FYI: just one orange a day will provide the daily recommended amount), but it’s also handy for improving memory and preventing mental decline, says Healthline. “Eating sufficient amounts of vitamin C-rich foods can protect against age-related mental decline and Alzheimer’s disease,” writes the source while citing a 2014 review article.

The source refers to another study published in the Nutrients journal which found that vitamin C “is a powerful antioxidant that helps fight off the free radicals that can damage brain cells.” And it supports our brain as we age.

If you haven’t already jumped on the coconut oil bandwagon, then you’re missing out! It’s an incredibly versatile food that also comes with a lot of different health benefits, including the brain. “Coconut oil works as a natural anti-inflammatory, suppressing cells responsible for inflammation,” writes Dr. Axe. “It can help with memory loss as you age and destroy bad bacteria that hangs out in your gut.” To learn more about coconut oil, check out this article on The Good and Bad of Coconut Oil.

7 Key Differences and Similarities of Strokes and Aneurysms
X 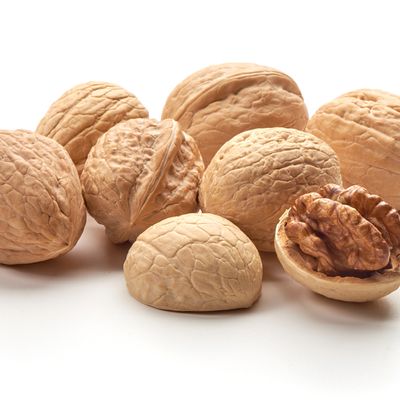