Key Differences Between a Food Allergy and Food Intolerance 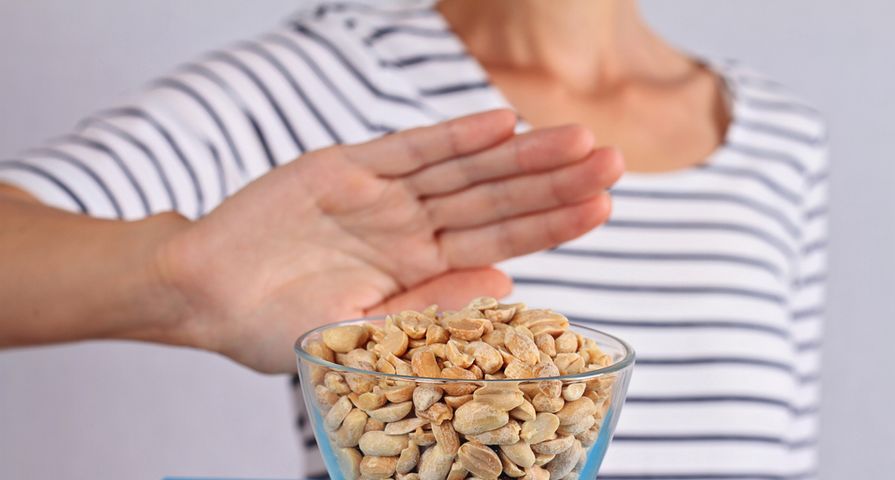 8 Tricky Ways Pollen Can Get You!

You’ve eaten something and you feel a little off afterwards… perhaps it was the food? Perhaps you ate too much? Then there’s the time you ate that food at a restaurant and broke out in hives… that was pretty clearly the food.

People use the terms “food intolerance” and “food allergies” interchangeably at times, but they’re not the same thing – one can be unpleasant, while the other can actually be life-threatening. Let’s take a closer look at 12 differences between the two…

If you’re intolerant or sensitive to a certain food, it’s because you don’t have the right enzymes to break down the components, explains Healthline. You may also be sensitive to food additives or preservatives such as MSG, it adds.

The main point about food intolerances is that they involve your digestive system, not your immune system. If you find yourself gasping for breath after eating a sandwich, that’s not a mere sensitivity – read on.

The same source notes that a food allergy occurs when your immune system identifies a protein in the food you’re eating as an enemy invader, and attacks it.

While a small amount of a food you don’t have a tolerance for might not trigger any unpleasant symptoms (or only minor symptoms), it only takes a little bit of food to trigger an allergic reaction. “Food allergies can be fatal, unlike a food intolerance or sensitivity,” it adds.

Both Can Start From Birth

Parents details at least one case of an infant that had a violent reaction to formula at 3-months – including extreme vomiting and trouble breathing. That baby was allergic to cow’s milk, which is an ingredient in many baby formulas (fortunately, there are hypoallergenic formulas available).

Meanwhile, the source notes some babies may be more gassy or experience diarrhea or vomiting after eating certain foods, suggesting a food intolerance. It notes that 15-percent of babies under 1-years-old have some sort of food intolerance, but the severity can vary from case to case.

Not all food allergies cause life-threatening conditions. The Mayo Clinic notes in some cases, it can be as minor as some itching or tingling in the mouth, while at other times it can lead to hives and itching of the skin.

In more extreme cases, there can be abdominal pain, vomiting, trouble breezing, dizziness, and swelling of the lips and tongue (or other parts of the body), adds the source. In the case of anaphylaxis, a severe food allergy commonly associated with peanuts, there can be constriction of the airways, a severe drop in blood pressure, or loss of consciousness, notes the clinic. Luckily, there’s the EpiPen that can save lives in these cases.

How to Distinguish Food Intolerance

As the problem centers on your digestive system, you’ll often feel bloating or have a stomach ache after eating something your body can’t handle, notes the source. However, in some cases you might also experience a migraine, cough, runny nose, or hives. Generally it takes symptoms of food sensitivity longer to show up than a food allergy, which can make identifying the offending foods more difficult.

The Causes of a Food Allergy

WebMD suggests that most people who have food allergies are also atopic, which means they have inherited a “tendency to have allergic reactions.” So it may be as easy as identifying a parent with a food allergy as a clue.

Those with food allergies may also be more likely to have other conditions such as asthma, as well as a skin condition called atopic dermatitis that appears as a red rash and causes intense itching, notes the same source.

There can be a number of reasons that a person develops a sensitivity or intolerance to some foods, according to MedicalNewsToday.com. It is usually from the absence or underproduction of a certain enzyme responsible for breaking down a particular food.

The source notes there could be “chemical causes,” such as the amines in some cheeses, and even caffeine in coffee, tea, or chocolate. Another possible reason is histamine in foods that can cause rashes and cramps, while salicylates from most edible plants can cause problems if large quantities are consumed, adds the source.

Many of the same foods cause allergies or sensitivities, although the symptoms will be different for both. WebMD says eight foods cause about 90-percent of food allergies, and includes milk, eggs, peanuts, tree nuts, soy, wheat, fish, and shellfish.

Meanwhile, Healthline lists eight foods or their components that people commonly have intolerance for – and they include dairy, gluten, caffeine, salicylates in plants, amines from fermentation, FODMAPs (a group of carbohydrates), sulfites, and fructose. However, people also show intolerances to eggs, yeast, MSG, and food colorings, it adds.

When to Seek Medical Help

While most food intolerances don’t require emergency treatment (although you should consult a doctor to identify triggers), in some cases a food allergy means you need medical assistance immediately.

Food allergies become a medical emergency when they’re life-threatening anaphylaxis, and “every second counts” in these cases, notes EveryDay Health. That means using emergency medication or getting to a hospital without delay. If there’s difficulty breathing or loss of consciousness involved, or there’s a combination of hives and vomiting, then you should consider it a medical emergency, it adds.

There are generally two types of treatments for food allergies, depending on whether they are mild or serious, according to WebMD. For the lesser reactions that don’t involve gasping for air or swelling body parts, you can try an over-the-counter antihistamine, says the source.

However, you will need a shot of epinephrine to control the release of histamine from an extreme food allergy, it adds. This will also relax muscles enough to be able to breathe. You can administer the shot yourself if you’re equipped with a shot, or an emergency team will do it. Meanwhile, WebMD notes there are newer treatments in the works such as food oral immunotherapy (OIT), which involves the patient ingesting small doses of an allergen in a controlled medical environment with the goal of building tolerance.

Dealing With a Food Intolerance

The best way to deal with a food intolerance is with the help of a medical professional to help you identify and avoid the trigger food(s). One way this is accomplished is by restricting your diet for a few weeks and reintroducing foods 1-at a time until you experience symptoms, says FoodsMatter.com.

Probiotics can also be helpful. In some cases women may experience worse food intolerance symptoms at the onset of their period due to increased progesterone – in this case, the menstrual cycle may be temporarily suspended with hormone inhibitors (such as Zoladex) to provide relief, explains the source.

If you have an allergy to a certain food or a medically-identified intolerance, then it’s a no-brainer to avoid them (or look for alternatives). However, there are some things you should be aware of before arbitrarily restricting food groups, warns U.S. News.

It says if your goal is just to lose weight, then you should talk to a doctor before cutting out foods as you may be losing out on essential vitamins – for example, some people have jumped on the gluten-free diets without having Celiac disease, and they could be missing out on vitamin B9 (folic acid). Choosing a vegan diet is fine, but you should be aware that zinc from plants is not as easily absorbed as zinc from meat, and you may end up deficient in calcium, protein, iron, iodine, vitamins B12 and D, and essential fats (like omega-3), it adds. Talk to a dietitian.