Dealing with the Aftermath of a Holiday Food Binge 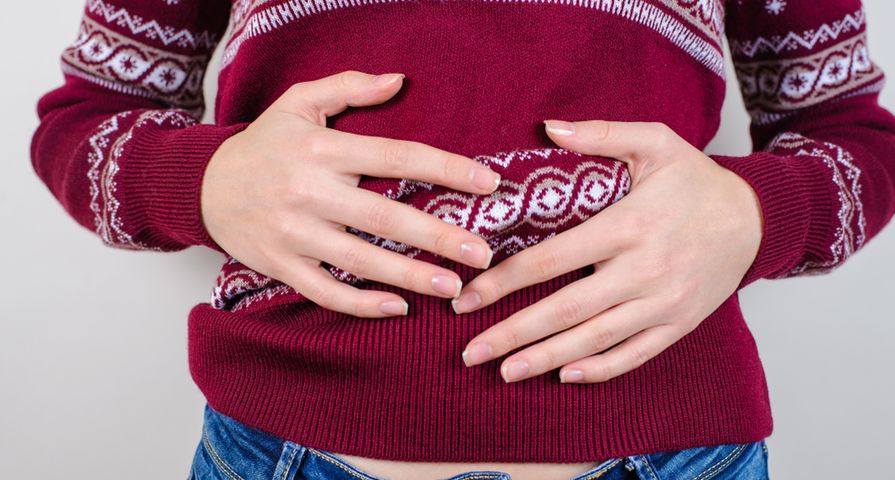 After you gorge yourself on a decadent meal, what do you do? Go for a run? Starve yourself for a day? Post-binge-fest-abuse can take its toll—both emotionally and physically.

Psychologists at Columbia University have found that this type of self-punishing behavior is far more destructive than the post-gorging bloating, heartburn, diarrhea, and food coma. Here are seven effective ways to deal with the aftermath of a food binge (we all know that Christmas is coming) without beating your self-esteem up and putting your health and emotional wellbeing at risk…

Get a Move On…

A little light activity can go a long way to aiding digestion—especially if you’re toting around a ready-to-burst food baby. So don’t go prone (lie down), which will only restrict breathing, exacerbate heartburn, encourage acid reflux (if you suffer from it), and tummy tribulations.

Instead, go for a post-meal walk. Keep things light after a heavy meal, meaning anything more strenuous than a walk could cause you to be sick to your already full tummy. A little activity will work with gravity to encourage digestion and help move glucose out of the bloodstream faster. 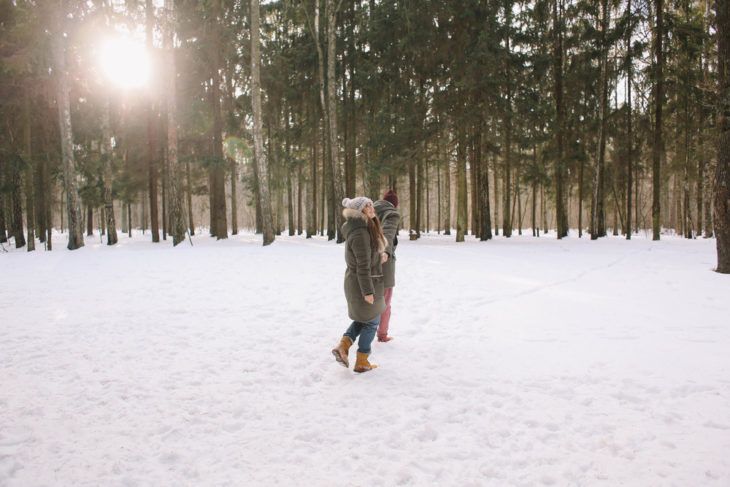 I know that Santa prefers eggnog (or spiked nog) following a plate of cookies. No offense to the jolly head elf, but consuming alcohol or even caffeine post-feasting will actually stall the digestion efforts. In fact, alcohol can pump the breaks on your body’s digestive process, according to a collaborative study between the National Institute for Health Research Biomedical Research Unit, Nottingham Digestive Diseases Centre, and Queen’s Medical Center, which was published in the British Medical Journal.

Rather than reaching for a boozy coffee, sip from a tall glass of water or an herbal tea to move along the digestive process, flush excess sodium out of your system, and prevent bloating.  A nice peppermint, licorice, or ginger tea will also offer a cup of indigestion-fighting brew. 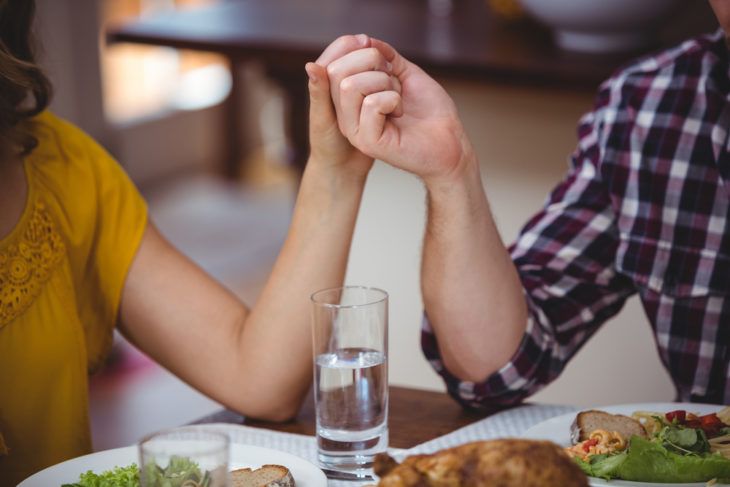 Punishing yourself after a gorge-fest will actually make matters worse. But don’t simply take my word for it. Columbia University’s psychology department claims that self-punishing behavior (i.e., self-criticism or food restriction as a form of punishment) is far more damaging in the long run because it can lead to more stress and more extreme depression.

For example, a study published by the U.S. National Institutes of Health monitored a group of 78 women volunteers between the ages of  20- and 60-years old and exposed them to low levels of stress. Researchers discovered that individuals who adapted to the stress with a type of emotion regulation known as “cognitive reappraisal” (or CRA) were better protected from stressful life events and suffered less depressive symptoms as a result. However, those who had poor CRA suffered greater damage after the fact due to stress and depressive self-feelings. 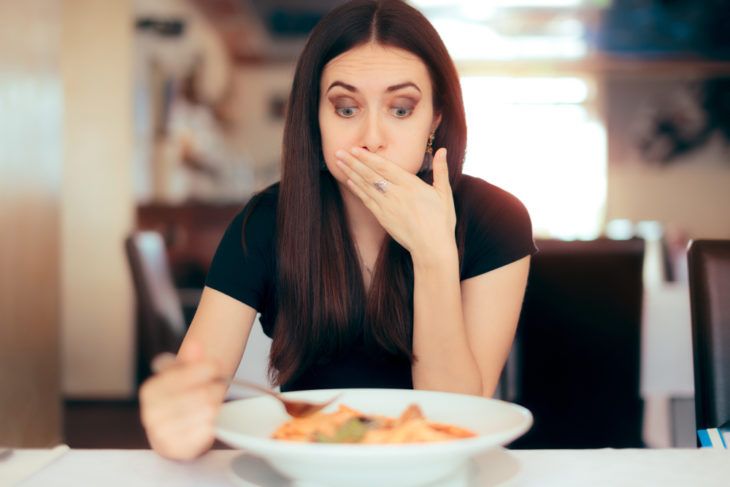 Admit That You’re Only Human

If your tendency is to starve yourself the day following a gluttonous meal—think again! I know that it’s difficult to see past all of the turkey, stuffing, and pie, however,  life’s issues are summed up in far more than a sumptuous meal and a little (or big) indulgence.

Admit your humanity by accepting your actions and moving on. Sure, you can vow to do better next time, however, accepting your actions and forgiving yourself will result in better self-esteem and stronger self-worth, which you can draw on your next holiday meal. If your willpower comes from a place of positivity rather than negativity, you’ll find it a lot easier to resist. 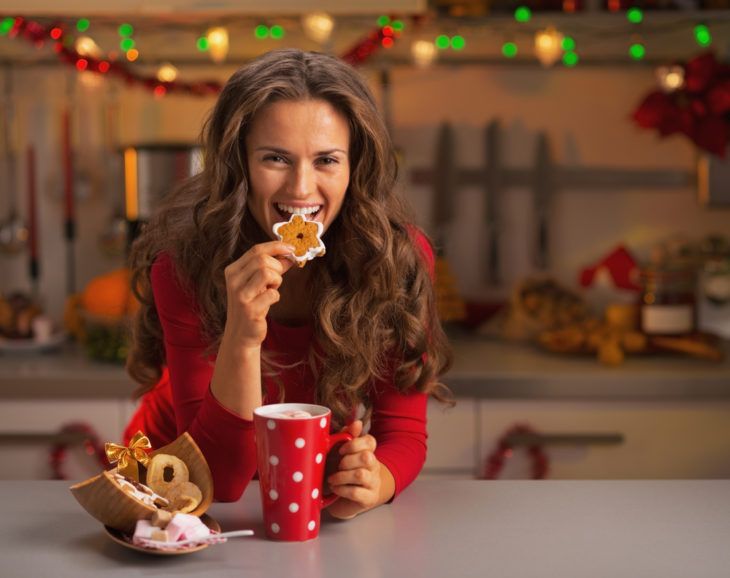 Get Back to Your Normal Routine

Do you honestly believe that restricting food intake following a binge-eating event will help you avoid another binge in the future? I think not! In fact, research from the American Psychological Association indicates that starving yourself will only encourage a follow up binge.

Instead, experts suggest resuming your healthy eating routine by planning a remaining week of healthy meals and snacks that you can feel good about. This type of self-care will ensure you are properly and nutritionally fuelled and prevent a follow up food-bender. 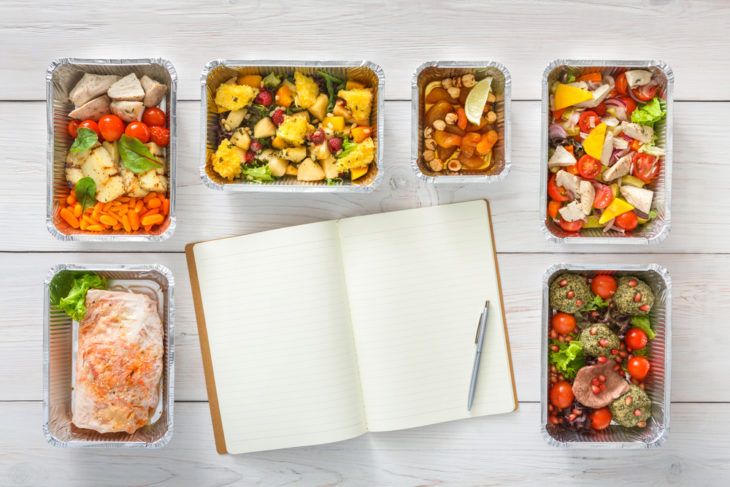 According to research from the National Association of Anorexia Nervosa and Associated Disorders, food binging and binge eating disorder (BED) often originate from emotions rather than physical hunger. For instance, an individual who is lonely, stressed out, or suffering from low self-worth may binge eat to bury their feelings.

Doctors at Harvard Mclean Hospital, claim that binge eating can be a vicious cycle akin to  “[an] alcoholic who loses control after the first drink.” To help overcome these feelings, a supportive and loving network is important. Seek out support from friends and mental health professionals who can help you develop the tools you need to face your emotional distress and put a stop to recurrent binge eating. 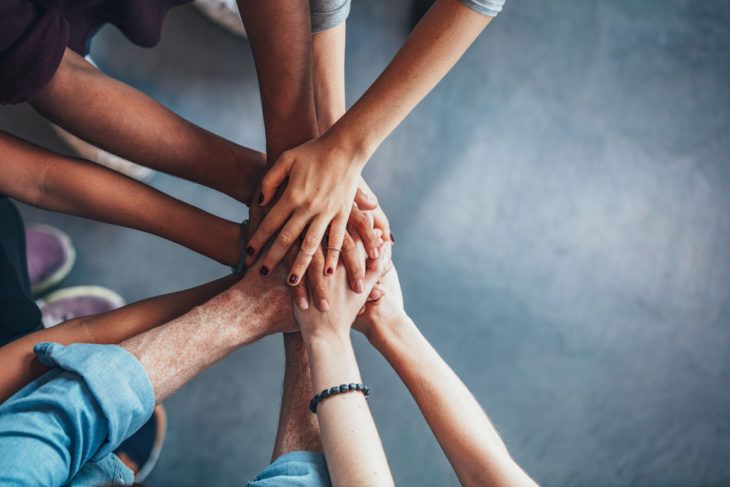 Just like resuming a healthy, balanced diet post-food binge is important—so is resuming a regular, healthy physical fitness regimen. This doesn’t mean you should punish yourself by sweating off your food sins at the gym or busting a gut on a 10-mile run.

However, a research paper published by the Department of Surgery at Duke University’s Medical Center, Durham, North Carolina, recommends scheduling a week of healthy physical activities that you enjoy in your calendar which will help you burn off some of those excess calories and prove that you are far more than what you eat—you are a  person who loves your body and can overeat once in a while and move on. 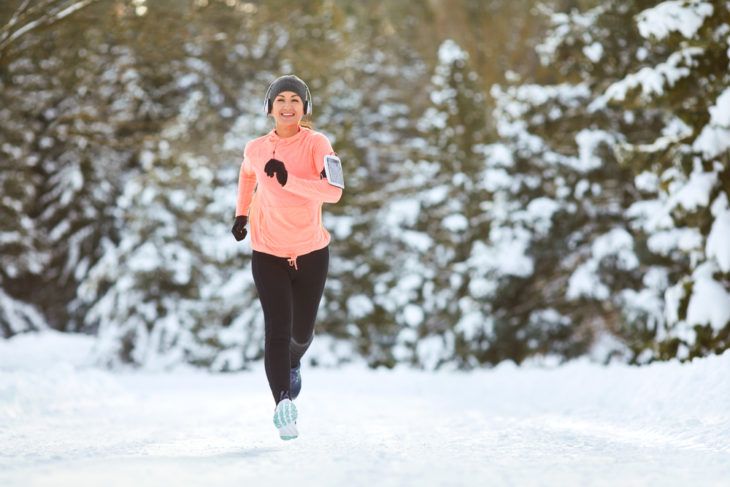